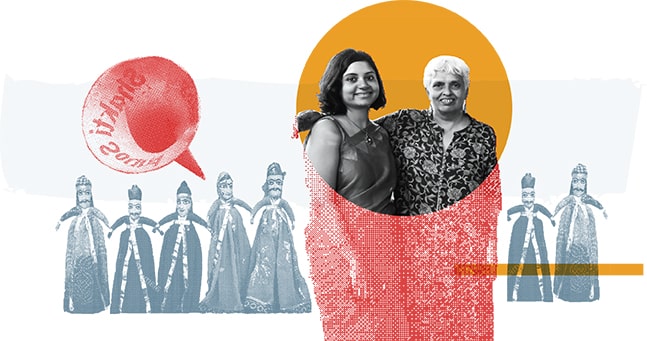 Our work on violence against women covers research and policy work on law relating to domestic violence, sexual harassment at the work place, reform of rape laws and studying the working of special fast track courts.

Joseph Shine vs. Union of India

In this article published by Indian Express, Jayna Kothari, Senior Advocate & Executive Director at Center for Law and Policy Research argues that the recent Priya Ramani judgment has expanded the law on sexual harassment and provided the opportunity to widen the defences against defamation law. Most importantly, she states that now, victimisation should also be recognised as a form of sexual harassment and discrimination.

Writing for the Deccan Herald, Senior Advocate Jayna Kothari responds to recent controversy concerning Chief Justice of India, Ranjan Gogoi. With a review of the present state of justice when it comes to violence against women, she argues that the problem lies in implementation.

Contributing to The Print’s Talk Point, Satya Prasoon argues that the Supreme Court of India must embrace “substantive due process”, in order to regain credibility. The Supreme Court is an credibility crisis after sexual harassment allegations were raised against the Chief Justice of India, Ranjan Gogoi.

As part of our collaborative work with Centre for Reproductive Rights, we translated easy-to-understand FAQ Brochures on Child Marriage for our outreach in Karnataka. The brochure contains the relevant legal framework around Child Marriage in India.

CLPR represented the intervenor Vimochana in the Supreme Court and challenged the constitutionality of the offence of adultery under Section 497 of the IPC. We argued against adultery as an offence by invoking the fundamental right to privacy and argued that the right to intimate association is a facet of privacy which is protected under the Constitution. The Supreme Court unanimously struck down Section 497 of the Indian Penal Code as being violative of Articles 14. 15 & 21 of the Constitution.

On August 16, 2005, the Maharashtra government summarily banned dancing by bar girls in Mumbai’s 1,250 dance bars. The amended Bombay Police Act prohibited dancing in any establishment where alcohol was served, but the prohibition was selective: five star hotels, clubs and upscale discothèques were exempt.

This conference aims to bring together prominent Sexual & Reproductive Rights (SRR) activists, academics and lawyers to evaluate the past, present and future of SRR work in India. Our objective is to draw attention to the issues that are often implicitly or explicitly excluded from the ambit of SRR.

Jayna Kothari participated in the Interdisciplinary Workshop held on 11 – 13 October 2018 at Humboldt University of Berlin. She was one of the panelists in ‘Systems of Inequality’ and presented her paper titled ‘Is the Supreme Court Cherry Picking its Gender Battles?’

CLPR invites lawyers, CSOs, government officials and academics to discuss the details of the judgment, on how it could be implemented and its impact on the Karnataka amendments to the Prohibition of Child Marriage Act 2006 (PCMA).

In Episode 2 of its Ba Baduku series, Radio Active interviews Senior Advocate Jayna Kothari on the various laws prohibiting child marriage. They focus on the Prohibition of Child Marriage Act (PCMA) and the 2016 Karnataka amendment to the Act.

Over 5,000 survivors of sexual violence across the country Thursday embarked on a 65-day-long ‘Dignity March’ from the city, which will culminate in New Delhi on February 22, its organisers said. CLPR Managing Director and Senior Advocate Jayna Kothari was present at the launch of the march at Somaiya Ground.

In the wake of the #MeToo movement that has seen several actors come forward with their stories of sexual harassment and abuse, including those in the Kannada film industry for Rights and Equality (FIRE) want people from the industry to raise their voices. Jayna Kothari, is a member of FIRE’s Internal Complaints Committee.

The Supreme Court has consistently held that the State has an obligation towards acid attack survivors and given elaborate judgements for compensation to be provided. However, the principles of equality and dignity are rarely realised for them in practice. This post focuses on their right to seek monetary compensation and also recognized as persons with disabilities.

We analyse the implementation of the Protection of Children from Sexual Offences (POCSO) Act, 2012 in Andhra Pradesh. We perform both a quantitative and qualitative analysis. It is the first post in a three-part series on legislation addressing gender injustices in the State.

We analyse the implementation of the POSH Act in Tamil Nadu. The Act aims to prevent the sexual harassment of women in the workplace. The Social Welfare Department of Tamil Nadu reports that only 1317 of the several lakh workplaces have established mandatory Internal Complaints Committees.

Is the Prohibition of Child Marriage Act, 2006 (PCMA) being successfully implemented in Tamil Nadu? In 2009, the State framed rules regarding the monitoring and reporting of instances of child marriage by detailing the responsibilities of CMPOs and appointing ‘Panchayat Level Core Committees’ to assist CMPOs.