Northern Regional Consultation on the Freedom of Marriage and Association and Prohibition of Honour Crimes Bill, 2022

CLPR participated in a two-day consultation on its draft ‘The Freedom of Marriage and Association and Prohibition of Crimes in the Name of Honour Bill 2022’. It was held on the 12th and 13th of January, 2023 at the Institute of Development Studies in Jaipur, Rajasthan.  The consultation was held by Dalit Human Rights Defenders Network (DHRD Net) in collaboration with People’s Union for Civil Liberties (PUCL), Rajasthan, Manuski and Dhanak of Humanity. The consultation focused primarily on how the preventive, prohibitive, protective and remedial aspects of the bill can be strengthened through inputs from activists, lawyers, and survivors.

Bhanu from Manuski started the consultation by giving the context of crimes committed in the name of honour and legal advancements pertaining to them. He discussed the need for a law on such crimes. Thereafter, Alice Morris from DHRD Net gave a detailed presentation on the Research Report: ‘Crimes in the Name of Honour: A National Shame’. The report analyses case studies of crimes committed in the name of honour in 14 states across India and how the concept of honour derives from women, caste and class of the family. Further, the report notes that the data at National Crime Report Bureau (NCRB) fails to capture cases of honour crimes leading to severe underreporting.

The second session was a discussion contextualising crimes committed in the name of honour in Rajasthan by Nisha Sidhu from National Federation of Indian Women (NFIW), Rajasthan. Ms. Nisha elaborated specific case studies to decode the complex nature of honour crimes and urged the Bill to be cognizant of this complexity to be able to prevent the crimes.  She took the attendees through the process of how the law and police deal with such cases, critiquing the power that the Bill can accord them, and emphasising on accountability of the state officials. Post this, representatives from Vishaka spoke on issues such as inaccessibility of courts and high fee charged by lawyers from couples who wish to marry without the consent and support of their families.

This was followed by the surviving partners of victims of honour crimes narrating their experiences of seeking justice. They particularly shed light on the apathy of the Commissions protecting women and SC/STs and the nexus of the police with the disapproving families because often they belong to the same caste. Another focal point was varying degrees of power that the Bill should accord to the police, courts, magistrates, and civil society organisations who help the victims.

The third session included two presentations – Kavita Srivastava from PUCL, Rajasthan presented the Rajasthan Prohibition of Interference with the Freedom of Matrimonial Alliances in the Name of Honour and Tradition Bill, 2019, where she highlighted its limitation and argued for the need of a better law and the other was by Sonal Singh, lawyer with All India Democratic Women Association (AIDWA) on its draft Bill titled, ‘The Prevention of Crimes in the Name of ‘Honour’ & Tradition Draft Bill, 2010’.

Day two of the consultation focused on the strategy of the campaign on honour crimes, which included advocacy of the Bill to policymakers and the relevant government institutions. Esthappen from DHRD Net gave a presentation on honour-based crimes, highlighting the need to prioritise survivors, sensitising the media persons on the reportage of the crimes, and using an intersectional approach towards tackling the crimes. It was followed by a discussion on the need of political mobility for the cause, involvement of key political leaders and political parties, and outreach to the youth and students about honour-based crimes.

PUCL raised concerns about the misuse of the Bill to target minorities and the provisions of overcriminalisation which is against anti-carceral justice. Mansi responded that stricter penalties have been included in the Bill as per long standing demands of the anti-caste movement and Dalit rights activists, but that the Bill is open to discussion and these concerns will be addressed. The other few recommendations included, conducting a perception survey, identifying avenues for media scanning, balancing the power between the judiciary and the police, re-thinking criminalisation of the family, dissemination of a booklet with positive stories of inter-caste and inter-faith marriages and relationships, and social media campaigns highlighting the issue, etc. They emphasised on the progressive nature of the bill as it provides protection to queer people and inter-faith marriages as well.  Various law students in attendance also gave their views on the Bill and ideated on strengthening of the provisions to tackle honour-based crimes effectively.

The participants concluded the session with the decision to have more deliberations over the Bill, highlighting Ambedkar’s view on inter-caste marriage as a way to break upper caste hegemony.

You can read the draft Bill here. 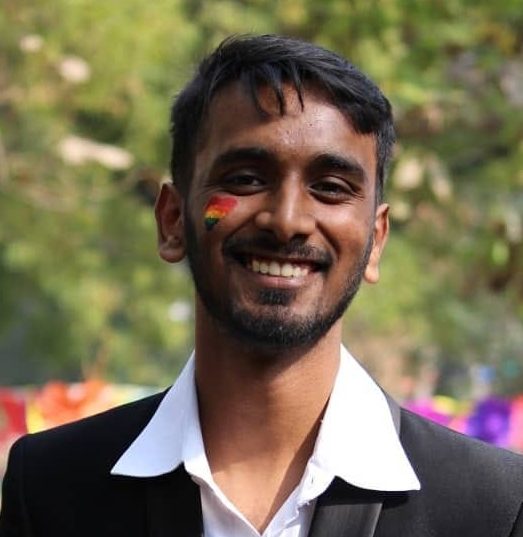