Workshop for Lawyers in Telangana on PEMSRA, 2013 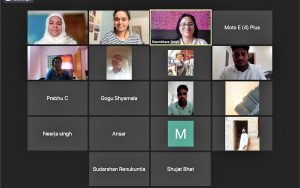 On 11th September 2021, the Centre for Law and Policy Research (CLPR) organised a legal training workshop for lawyers in Telangana on the Prohibition of Employment as Manual Scavengers and their Rehabilitation Act, 2013 (“PEMSRA”). The workshop was conducted online and had two sessions – Session I dealt with the overview of the Act and the Rules and Session II dealt with the challenges in the implementation of the law.

The introduction and welcome remarks were delivered by Vyjayanti Vasanta Mogli, a trans social-activist from Telangana and Research Consultant at CLPR. She explained that the objective of these workshops on anti-caste discrimination legislation is to create awareness and sensitisation among lawyers, civil society organisations, and judges.

Around 40 participants working on issues dealing with manual scavenging participated in the workshop. 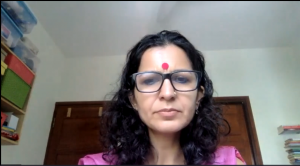 Session I – An Overview of The Prohibition of Employment as Manual Scavengers & Their Rehabilitation Act, 2013 and the Rules

This session was led by Jayna Kothari, Senior Advocate and Executive Director of CLPR. She gave an overview of the PEMSRA. She added that the current Act is an improved version of the previous Act, enacted in 1993. The current Act not only prohibits the practice of manual scavenging but also provides for rehabilitation measures.

Before discussing the provisions of the Act, Jayna emphasized that the Act does not have any mention of caste as a factor in the practice of manual scavenging.  It is a clear fact that persons engaged in manual scavenging belong to the oppressed castes.

Jayna then took the participants through the various provisions under the Act. She stated that the Act directs the State to undertake two important identification surveys – first of insanitary latrines and second of manual scavengers.

Jayna also responded to questions during the round. Ritambhara Singh, Communications Director, CLPR, asked – ‘Despite so many deaths in the country while cleaning sewers and septic tanks, why does the Ministry for Social Justice and Empowerment report  state that there have been no deaths due to manual scavenging?’  In response, Jayna added that  sometimes official data hide the ground reality.  Hazardous cleaning is allowed under the Act, but only if enough safety precautions have been taken. However, if people involved in manual scavenging are being provided with enough safety precautions, why have there been deaths happening?

After this, Jayna elaborated the Rules framed under the PEMSRA. She listed out the responsibilities of District and State level Survey Committees in the identification of manual scavengers. The Rules also require conducting awareness campaigns about the prohibition of manual scavenging. Jayna highlighted other key provisions- such as the list of protective equipment and cleaning devices, protective gears, etc. The Rules also mandate that cleaning should happen during the daytime and authorities need to check the atmospheric oxygen before cleaning of the sewers and septic tanks. 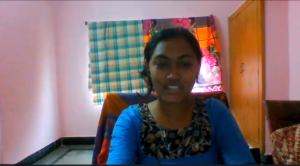 Session II- Challenges in the Implementation of the Act

This session was led by Sushma Gumpenapali, Advocate & Activist from Telangana. She provided the sociological perspective of manual scavenging proceeded by an elaboration of the challenges in the implementation of the PEMSRA. She stated that, “manual scavenging is a caste-based social injustice (that is) embedded in the societal fabric of India”.

She showed snippets of a moving documentary named Kakkoos to depict the brutal reality of manual scavenging and how it is entrenched with the caste system in India as a generational occupation.  Over 95 % of India’s manual scavengers belong to the Dalit population. It shows the casteist nature of this practice, which in turn entrenches practice of untouchability, caste prejudice and, institutionalised discrimination.

On the challenges in the fair implementation of the Act and the Rules, she noted that manual scavenging happens through contract labour. That makes it difficult to hold the State authorities accountable. Due to dire conditions of the manual scavengers, no suo moto cases or FIRs get registered. Thus, the conviction rate in cases dealing with manual scavenging is almost negligible.

The workshop concluded with an interactive Q & A session with the participants. Apart from raising questions about access to justice for manual scavengers, the participants also shared their experiences dealing with the challenges and hurdles in the implementation of the law.