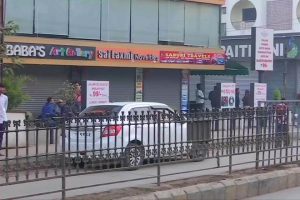 The COVID-19 outbreak has severely impacted labourers in India especially those working in the informal sector who constitute 90% of India’s workforce. The recent cases in Surat and Mumbai of the unemployed migrant labourers seeking to go back to their hometowns are worrisome. According to the International Labour Organization’s report, Indian informal economy is looking at a job loss for 400 million people.

The institutional and legal framework for labour rights in India is scattered through myriad legislations, some dating back to the British rule in India. Among many others, some labour laws include The Employees’ State Insurance Act, 1948, The Trade Unions Act, 1926, The Industrial Disputes Act, 1947, The Minimum Wages Act, 1948.

Most recently, in 2019 the Central Government planned a complete overhaul of the Indian labour law landscape. It sought to map all these laws thematically and enact four ‘labour codes’: The Code on Wages, 2019; The Occupational Safety, Health and Working Conditions Code, 2019; The Code on Social Security, 2019 and The Industrial Relations Code, 2019.

But none of them recognizes binding rights for the jobless. Even the Constitution of India, 1950 does not provide for enforceable unemployment rights. Interestingly, if we take a look back at the constitutional articulations and documents, before the Indian independence, we see repeated demands for fundamentally enforceable protective measures for the unemployed.

The earliest articulation can be found in the Motilal Nehru Report, 1928 – a document that emerged from an All Parties Conference to respond to the British challenge to draft a constitution by Indians. In its fundamental rights section, the Report incorporated protective measures for mothers, children, old age, unemployed, farmers. Three years later, the Karachi Resolution, 1931 which famously declared ‘Purna Swaraj’ made similar demands: protection from old age, sickness and unemployment.

A few years before the Constituent Assembly began drafting the Constitution, the Constitution of Free India: A Draft (M.N. Roy, 1944) demanded unemployment protective measures be recognised within the constitutional framework. It treated labour rights as inalienable and arising out of the right to citizenship. It guaranteed everyone an ‘irreducible standard of living’ and a minimum wage.

Coming to the Constitution of India, 1950, Article 41 provides for the right to work and public assistance in cases of unemployment. This right has two constraints. First, it is qualified on the ‘economic capacity’ of the State. Second, this Article is placed in the legally unenforceable Directive Principles of the State Policy chapter.

Noticeably all past articulations of this right placed it in the realm of fundamental rights. However, we see a departure in the Constitution where it is moved to be a part of ‘pious principles’ or directives that the State may choose to enforce. As Tarunab Kaithan highlighted, during the Constituent Assembly debates, some members were keen to make a range of labour rights fundamental and justiciable, it was discounted on the grounds of ‘practicality’ and ‘enforceability’.

In 1950 when the Indian Constitution came into force, the State did not have the economic ability to provide for unemployment benefits. As we stand today, seventy years later, is it time to realise the right to benefits for the unemployed?