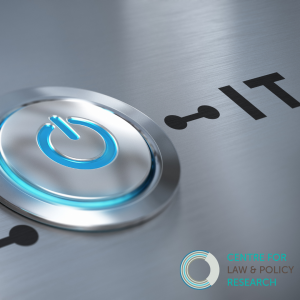 On February 25, 2021, the Government of India announced wide-ranging changes to its regulatory mechanisms for governing online speech. These changes, made as to the Information Technology (Intermediary Guidelines and Digital Media Ethics Code) Rules, 2021, (“Intermediary Rules”) substantially alter the framework for the regulation of online platforms and their content moderation practices in India. In the previous blog, we examined how and whether the constitutional right to free expression is implicated through due diligence responsibilities on online platforms. In this blog, we will examine the constitutional history of Section 79 of the IT Act, in more detail, and what it implies for the regulation of online speech.

Shreya Singhal v Union of India, at least implicitly recognised that the regulation of social media platforms and intermediaries, through the mechanism of safe harbour regulation, can be judicially reviewed on the grounds of the freedom of speech and expression. Section 79 of the IT Act provides for blanket immunity for certain classes of intermediaries, provided that they fulfil certain conditions. These conditions include both the requirement to follow ‘due diligence, as well as the requirement to remove content when it is provided with ‘actual knowledge of an unlawful act in a computer resource under its control (known as a ‘notice and take-down requirement).

In Shreya Singhal, the Court did not strike down the structure of regulating online speech, through online intermediaries, under Section 79, but read it down in two crucial ways to save its constitutionality. First, the court introduced a procedural safeguard in the ‘notice and takedown’ requirement, by stipulating that the notice must be from a court or from an ‘appropriate government or its agency’. Secondly, the Court reiterated a principle that it established in its judgement on Section 66A of the IT Act – that law for restricting content must satisfy the same tests of Article 19(1)(a) read with Article 19(2) (grounds for reasonable restrictions on free expression) whether in internet regulation or other forms of media regulation. In doing so, the Court relied on the reasoning that social media companies could not be expected to be ‘gatekeepers’ of the lawfulness of content at scale – sitting in judgement over potentially hundreds or thousands of speech incidents which could potentially fall under their obligation to censor. In doing so, the court implicitly drew a link between the reasonableness of the restrictions (or regulations) (under Article 19(2)), the function of social media intermediaries as arbiters of online media, and the scale at which they operate, although they did not clearly establish these links.

The Court struck down a provision in the rules which allowed information to be restricted which was vague and over-broad, and not clearly relatable to Article 19(2). However, the court left the door open for creating offences or speech regulations narrowly drawn for the internet, based on an ‘intelligible differentia’ between older mediums like print or TV broadcasting and the internet or internet platforms.

The IT Rules, 2021, create two new categories of speech-based regulations for intermediaries, not found in the previous intermediary guidelines. First, it creates an obligation on intermediaries to remove non-consensual sexual imagery upon receipt of a ‘complaint’ – and thereby, for this specific class of speech, creates an exemption to the procedural rule for ‘notice and takedown’ established in Shreya Singhal. Second, it also implements a system of ‘notice and stay down’, including using automated tools to ensure that particular classes of speech or information are restrained from ever being uploaded in the first place – an obligation known as establishing a ‘prior restraint’ on speech. Each of these is unique forms of speech regulation specific to online media, and potentially profoundly change how online communication takes place. They create new categories of speech – those that relate to non-consensual sexual imagery, and those that relate to speech previously deemed unlawful.

In the next blog, we will revisit the standard for judicial review of these two kinds of speech regulation, and assess how a court might scrutinise their constitutionality.