A Little ‘Over The Top’: Examining India’s New Laws for Online Speech (Part I) 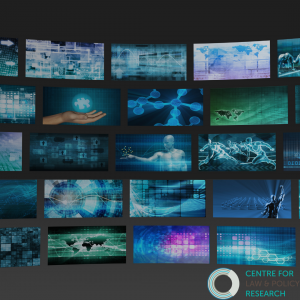 On 25 February 2021, the Government of India announced wide-ranging changes to its regulatory mechanisms for governing online speech. These changes, made as to the Information Technology (Intermediary Guidelines and Digital Media Ethics Code) Rules, 2021, (“Intermediary Rules”) substantially alter the framework for the regulation of online platforms and their content moderation practices in India. This blog will examine the constitutionality of the new rules and some conceptual issues relating to information regulation that arise in their wake.

Freedom of Speech and Intermediary Regulation

At the outset, it must be established that the intermediary rules restrict the freedom of speech and information in a manner that attracts Article 19(1)(a) of the constitution. The rules are framed as ‘due diligence’ obligations which the intermediaries need to follow. The conditional exemption from liability provided under Section 79 of the Information Technology Act, 2000 is contingent on the due diligence obligations.

Conceptually, the regulation of ‘intermediaries’ and the provision of safe harbour goes to the heart of free speech jurisprudence and regulatory theory. Is there a constitutional requirement to provide safe harbour provisions for intermediaries? What is the permissible scope of regulating speech under due diligence requirements for availing safe harbour? Who can claim rights in online speech facilitated by intermediaries, or, more specifically, by online social media platforms which do not directly and intentionally select content?

Online platforms may claim rights as speakers and argue that it is their right to speak which is being restricted through particular laws regulating speech. Such an argument, however, is difficult to maintain with a claim that platforms are intermediaries under the law, and therefore, will require platforms to elect either immunity or claim speaker rights. The regulation of social media may also impact the freedom of the press, including the freedom of broadcast, which has been recognised as a part of Article 19(1)(a) and protects the right of online platforms to act as publishers or broadcasters – although this aspect of Article 19(1)(a) has not been assessed in detail by courts in India. Of course, restriction on social media companies also affects speakers at large (individuals holding speech rights), as well as the right of listeners or the ‘audience’ for social media, who are being prevented from accessing information.

What are the constitutional limits of regulating online intermediaries? It would be difficult to argue that the government has a constitutional obligation to provide broad immunity for online social media companies or online intermediaries through Section 79 of the IT Act. Section 79 is more appropriately a conditional exemption provided as a method of regulatory governance for online speech. The second question, therefore, is whether the regulation of intermediaries through these rules is a restriction on the right to the freedom of expression.

Although the rules do not ‘directly’ prohibit or censor particular forms of speech by making such speech illegal per se, the effect of the rules is to indirectly censor particular kinds of speech, by making compliance with the rules a condition to a particular exemption from liability. As such, it has been well established that the lack of similar safe harbour provisions leads to a ‘chilling effect’ on platforms, causing them to censor lawful content – a phenomenon described as ‘collateral censorship’. The Supreme Court of India has also established that legislation that has an indirect effect on speech and expression, regardless of its object, attracts Article 19(1)(a). Not only does such a restriction inhibit the right of speakers to be heard, but it also attracts the freedom of information and the right to This position is made more incontrovertible in light of the Supreme Court’s judgement considering the right to free speech on online platforms in Shreya Singhal v Union of India, where it is apparent that the Court considered the previous Intermediary Guidelines of 2011 to be a restriction on the freedom of speech and expression, even though the court did not explicitly analyse the implications of the former rules.

In the next blog, we will examine in more detail the specific regulatory responsibilities introduced within the Intermediary Rules and how they affect the regulatory governance of online speech.