Too Big to Regulate: Competition Law and the Structure of Information Markets 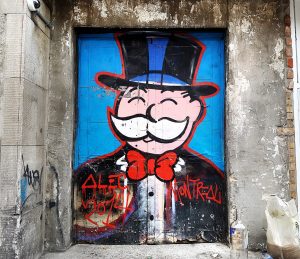 The US Department of Justice recently sued the tech giant Google, claiming that Google abused a dominant position in the search engine and advertisement market, in a way which systematically harmed competition and negatively affected consumers. This is a major development given the historical reticence of the US anti-trust regime to curtail monopoly power in the digital age. This post briefly explains the links between the market structures of the digital economy and legal regulation.

The digital economy is, and has for some time, been characterised by ‘big tech’ – technology companies which appear to be dominant and unassailable in their domains – whether it is social media, online commerce, ride-sharing or gig work – a handful of corporations are responsible for mediating and shaping how we communicate and how information markets function. There are a plethora of reasons for how this came to be, including the peculiar technical forms but for the purposes of this blog, we will try to locate the emergence of Big Tech through its relationship with the changes in the law and philosophy of market regulation.

There are many sources of market power of the firms which have managed to establish such a dominant position in digital markets. Common to all of these, however, is the fact of dominance, and the accumulation of vast amounts of economic and political power to shape economic and cultural production and innovation, particularly in the digital realm. In the USA, scholars like Tim Wu and Lina Khan have traced this unchallenged dominance to the particular conceptual shifts in the philosophy of market regulation. They argue that, with the popularity of the ‘Chicago School’ of neoliberal economics, regulatory efforts were focussed less on challenging monopolies and concentration of economic and political power, and increasingly on establishing a more ‘individualistic’ approach known as the ‘consumer welfare standard’ – where welfare was determined almost solely on the metric of the unit price paid for a product or service. As a consequence, the particular forms of power exhibited by firms in the digital age – the power of gatekeeping, leveraging (or exhibiting vertical integration), as well as their detrimental effects on innovation and equity – are ignored. They, therefore, make the case for re-orienting the regulatory philosophy of anti-trust law in the USA, for example, by treating platforms as public infrastructure, or by imposing stricter limits on their ability to vertically integrate.

It is a worthwhile exploration to examine similar conceptual shifts in the philosophy of market regulation in India. Competition law in India has its roots in the Monopolies and Restrictive Trade Practices Act, 1969, which had, as its objectives, “that the operation of the economic system does not result in the concentration of economic power to the common detriment, for the control of monopolies”. Long before the advent of the digital age, the MRTP Act was revamped into the Competition Act, 2002, the whose stated objective is to “prevent practices having an adverse effect on competition, to promote and sustain competition in markets, to protect the interests of consumers and to ensure freedom of trade. The statement of objectives of these acts marks a subtle but fundamental shift in how market regulation has been approached in India, and, consequently, on potential approaches towards the regulation of ‘big tech’ in India. As the Government looks to revamp competition law to deal with new technological paradigms (as, for example, in its recent report on competition law reform in India), it is imperative to look into approaches taken towards regulating the information economy and sources of digital power more broadly.

While little scholarship exists on the specific implications of the political economy of regulation of information markets in the context of India, we hope to raise and address some of these questions in the course of our forthcoming publication and workshop on ‘The Philosophy and Law of Information Regulation in India’.