Thou Shall Not Eat: Discrimination on the basis of food preference 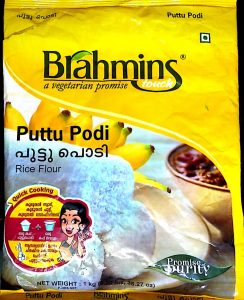 This type of discrimination occurs when for instance, a private landlord refuses to let her flat to a non-vegetarian tenant. Instances such as requiring non-vegetarian students to use separate plates by the administration (as happened in IIT, Bombay) might also be covered. Subjecting meat eaters to stigmatization, which often escalates to violence, by cow vigilante groups also is possibly contained under the law.

In the introduction to the book ‘Beef, Brahmins and Broken Men,’ Kancha Ilaiah recollects the beef-themes food festival organized by the Dalit students at Osmania University. He says: “The public and celebratory consumption of beef was and is projected as anti-Indian by the right wing. A food item turned into an object of stigma and shame was being reclaimed as symbol of pride, as a right.”

This solitary statement reflects the crossroads among caste, religion, politics and food preference. Food preference in India is not a mere matter of cuisine. The predominant association of food preference with religion and caste makes it an interesting case for indirect discrimination as well. For example, excluding non-vegetarians from potential tenants might disable large number of Muslims, Christians and various Hindus who eat meat, from access to housing.

There is also a strong idea of vegetarianism being associated with purity and non-vegetarianism, with impurity. A report from Chennai talks of an incident of a kid being ostracized and isolated by his friends because he brought non-vegetarian food to the classroom.   This association is cultivated and perpetuated in popular life.

It is argued that the current constitutional prohibition on discrimination provides for a closed list of protected characteristics such as religion, sex etc. For those who believe that the scope of Article 15 is limited to the text, the added grounds of discrimination through the Bill will provide immense potential in expanding Indian discrimination law. Courts have not had many occasions to consider issues of discrimination based on food preference, in India and abroad. Although ethical veganism was held to be protected in the United Kingdom by an Employment Tribunal, the question was whether it was a philosophical belief or not.

Prohibiting discrimination on the basis of food will have overlapping implications on discrimination on the basis of caste, religion and political opinion.  The Brahmanical association of vegetarian food being superior to the other is challenged by Dalit groups in India. If the proposal is enacted, States will have to defend the existing State legislations on the ban of cow-slaughter since a case of indirect discrimination could be made out. Article 48 of the Directive Principles would be relied on by the States to defend such laws.

Even when food choice does not overlap with other protected grounds, it independently deserves to be protected. Food preference is a matter of fundamental choice. Often, it might be the core of one’s personal identity. Individuals are certainly free to decide how they want to conduct in their life and a liberal state must not compel them towards any particular way of life.  The prohibition of food-based discrimination becomes therefore essential in such a state.