The Right to Love: The Use of Criminal Law to Police Trans Couples | Roundtable 3 | Transform 2021 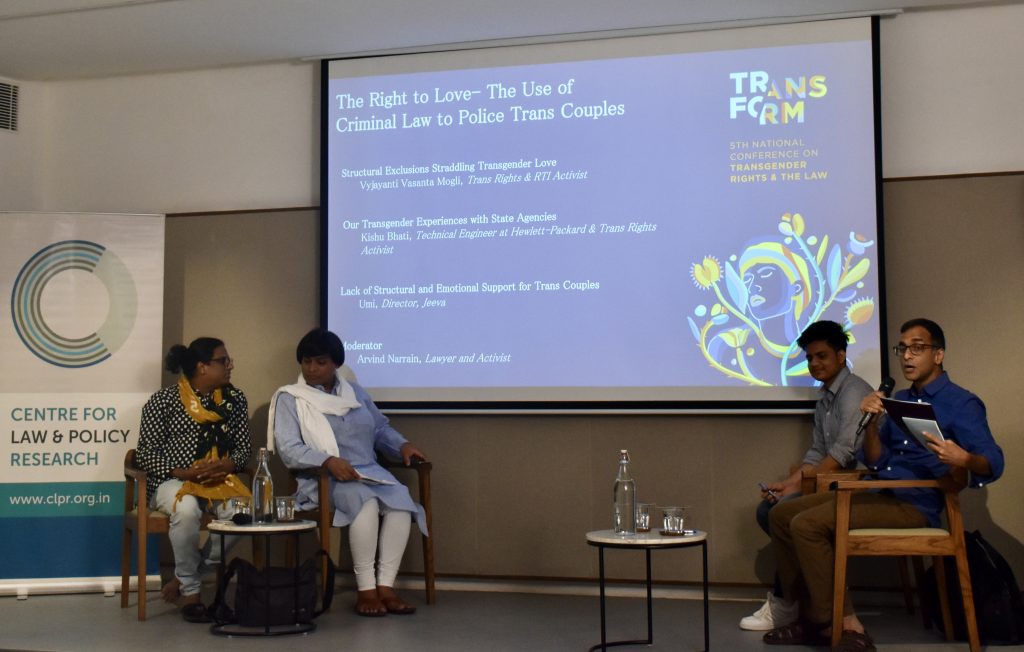 This is a brief summary of the panel on Policing Trans Couples at Transform 2021. The full video of the panel can be viewed here.

Kishu Bhati, a young trans-man and law student spoke on “Transgender Persons’ Experiences with State Agencies.” He recounted his difficulties before finally leaving home with his girlfriend. His parents did not accept his gender identity, and both of their parents tried to separate them. Kishu and his girlfriend then took the decision to run away from their homes. They stayed at a women’s shelter in Delhi. When they approached the police, the police were unsupportive, insisting that their families needed to be informed. The police did not listen or understand that Kishu was a transgender man. Their families and the police threatened them with false FIRs, in order to force them to return home. With the help of an NGO, they reached Bangalore. Kishu detailed the lack of care and knowledge on the part of police personnel regarding transgender rights through other examples. The police take moral standpoints and sympathise with the parents, despite the couple being majors and wanting to be together of their own accord. As a transgender couple, they cannot get married, which means that there is no end to the harassment. He concluded by stating that the police only cease harassment if there is Court-ordered protection.

Vyjayanti Vasanta Mogli, a trans rights and RTI activist, discussed “Structural Exclusions Straddling Transgender Love”. She remarked that though changes are happening, they are still very slow. The workings of criminal law are such that it obstructs transgender persons from finding love. Transgender persons are often arrested and detained for begging, sex work, public nuisance, and trafficking. If couples are together voluntarily, police assume that they are being trafficked and taken in. While in jail, transgender persons are subjected to sexual assault and other violence. She recounted the case of Jayalakshmi v. State of Tamil Nadu, where a transgender woman was sexually assaulted daily by the police while in custody. When her family tried to intervene, they too were beaten and assaulted. Finally, she doused herself in kerosene and immolated herself at the police station. Vyjayanti closed this chilling story by stating that most transgender persons experience sexual assault. She also noted that when transgender persons want to seek employment in the private sector, they are subjected to background checks. If they have engaged in sex work in the past, it hampers their ability to get better jobs in the future. She concluded by stating that there is still much work required for law enforcement in becoming trans-affirmative.

Umi, a transgender woman and the founder of Jeeva, spoke on the “Lack of Structural and Emotional Support for Trans Couples”. It is natural that everyone has the right to love and lead their life like any other person. But when a transgender person gets into a relationship and gets married to their partner, many marriages break down due to the family pressure on the boy or from society. Due to separation, many transgender persons have gone into depression or driven to suicide. Umi recounted a story of a transgender person who fell in love with a boy and got married. When the boy’s family found out, they tortured him and approached the police to separate them. Rather than supporting the couple, the police threatened to file false cases against them. Finally, the boy ended the marriage, which caused the transgender person unbearable pain and she went into depression. Families still believe marriage is only for procreation. Though the Constitution guarantees the right to live with dignity and the right to life, the right to choose is still restricted in actuality. Transgender persons need recognition of their relationships from the State. Many transgender persons do marry, but their marriages are still not recognised by existing Acts.

These speeches all highlight the tremendous need for progressive State action, police sensitization, and above all, recognition of the rights of transgender persons to be free to love whoever they choose. There is still a long way to go in achieving transgender equality in society. 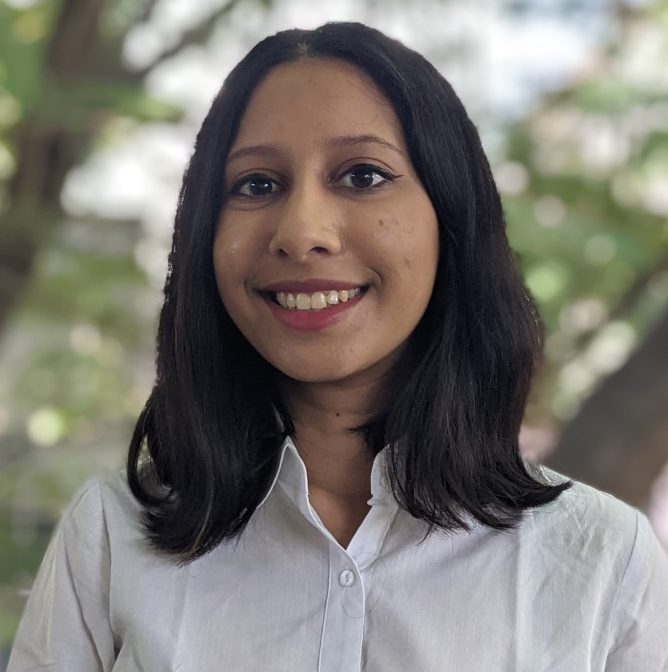