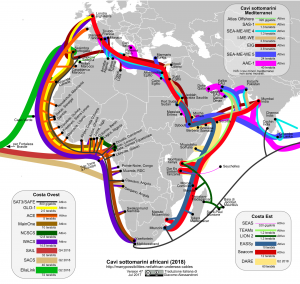 The Right to Privacy has firmly re-established itself in the constitutional lexicon, following the 9-judge decision in KS Puttaswamy v Union of India. The re-emergence of privacy as an area of constitutional interest has no doubt been informed by anxieties about technological developments – particularly digital communication and information technologies. The internet and related technologies have renewed concerns about how information flows can affect fundamental individual and societal interests – articulated as the ‘right to be let alone’, or the right to self-determination, among others. In the next few blogs, we will examine the theoretical constructs of a ‘right to privacy’, its relationship to the right under Indian law, and its implications for information regulation and governance going forward.

In this post, we will briefly describe Helen Nissenbaum’s theory of informational privacy as ‘contextual integrity’ which attempts to capture and frame the right to privacy in light of contemporary information technologies – developed first in the paper ‘Privacy as Contextual Integrity’ in the Washington Law Review, and then through a book-length deliberation in ‘Privacy in Context’ – Technology, Policy and the Integrity of Social Life.

As a starting point, Nissenbaum’s work attempts to explain the growing unease over ‘surveillance in public’ – namely, the capture and use of information that is otherwise located in ‘public’ zones, such as government record offices, or public roads, or online social feeds. Nissenbaum argues that dominant theories or constructions of the right to privacy in the USA have pigeon-holed privacy as a facet of protection against government surveillance, or as a binary between disclosure and secrecy of information. These theories, she argues, are ineffective in adjudicating diverse claims that are recognised as privacy claims but do not fall within their normative (legal) boundaries.

Nissenbaum’s articulation of a theory of informational privacy attempts to show why these normative boundaries, and the dichotomy of the public and private in relation to information privacy, leave out important interests in information flows which are present in every social relation and are not bound by the public and privacy dichotomy. Contextual integrity is a theory of information privacy which argues that social relations are guided by norms in information flows and that privacy is violated when these norms are violated. The norms of information, whose integrity is essential to privacy, are the norm of appropriateness, and the norm of flow or distribution. Appropriateness defines what information about persons is appropriate to reveal within a particular social and political context, and captures how people discriminate in the kinds of information they share according to the context of that relation. The norm of flow or distribution argues that the distribution of information must maintain the context or sphere in which the information has been shared.

The norms central to the theory of privacy as contextual integrity can help us make sense of the privacy interests at stake when, say, a public database is shared with private parties; or when a social media service uses public ‘social’ information to engage in targeted political advertising. These norms are inherently dependent on context, and the context is in turn shaped by emerging technologies. Technologies may change the context of particular social relations, requiring us to revisit whether, and in what form, privacy interests remain within that relationship.