Presentation at the IGSSS National Roundtable – “Looking Back at 25 years: A Review of the 74th Amendment”

The 74th Constitutional Amendment (74th CAA) is a landmark constitutional reform that has made a significant impact on how Indian cities are governed. While there are many ways in which one can discuss this reform, I hope to highlight some key ideas behind it by raising and responding to three fundamental questions:

Why is the 74th CAA important for urban governance?

Why are Urban Local Governments weak even 25 years after the passing of the 74th CAA?

How can we rethink urban governance reform for the future?

On the first question, it is important to note that the 73rd and 74th CAA are unprecedented reforms that sought to redraw the constitutional architecture of the Indian state. It transformed the nature of urban local government since they now derive their legal authority directly from the Constitution and not from state legislations. It is now mandatory for every urban area to have a Municipality, in the form of a Municipal Corporation, Municipal Council or Nagar Panchayats. Prior to the passing of the 74th CAA, the creation of local governments was at the discretion of the state government. The 74th CAA has given local governments a definite space in the division of powers under India’s constitutional scheme.

Despite the passage of the 74th CAA and subsequent amendments to state municipal legislations, urban local governments in India largely continue to be weak. This may be attributed to two different kinds of reasons: firstly, the inherent limitations of the 74th CAA and secondly, the failure to realise the letter and spirit of the 74th CAA by state governments. While there has been a lot of discussion on the “implementation failure” of the 74th CAA, not much attention has been paid to the provisions in the 74th CAA that itself restrict local government power. Some of these are: key provisions that devolve powers from state to local govt are “may” provisions and hence not mandatory; the list of 18 functions in the 12th schedule itself is quite narrow and does not include key civic functions like urban transportation, housing and urban commons; unlike the 73rd CAA which provides for a 3 tiers of Panchayats, 74thCAA only has a single tier; there is an Industrial Township exception that allows states to not create local governments in certain areas and the 74th CAA does not give local governments an independent domain of taxation. Beyond these inherent limitations, as is well documented in the literature, state governments have also failed to implement some of thekey provisions of 74th CAA.

As we complete 25 years of the 74th CAA and look ahead, it is also important to revisit the conversations we are having on urban governance reform. The 74th CAA came about as a top-down decentralisation imitative with hardly any pressure from below, from either local governments or citizen groups. Unless you have voices from below shaping the narrative of the 74th CAA, bureaucratic lassitude for implementation cannot be overcome. It is also important to recognise local governments as inherently political bodies where multiple interests compete. A singular view from civil society- mostly focused on semi-representative bodies like Ward Committees and Metropolitan Planning Committees- restricts local governments’ ability to be powerful actors. Considering the limited success of the 74th CAA, there is a need to have a wider conversation around whether it is time to relook at its provisions, if further constitutional changes are required and what principles should guide such institutional redesign. 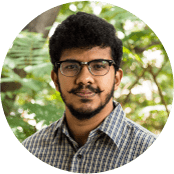