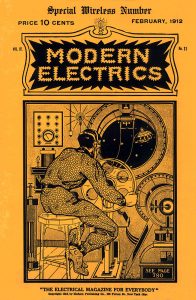 In the previous post, we introduced the Draft Report of the Committee on Non-Personal Data Regulation and analyzed its conception of ‘Non-Personal Data’ (“NPD”) as a category for regulation. There, we wrote about how the contours of NPD (as defined under the Draft Report) will necessarily entail conflicts with the proposed personal data protection regime in India. In this post, we set out to examine and critique the Committee’s justifications for why ‘Non-Personal Data’ should be regulated, in particular, on the ‘economic value’ justification for regulation.

The Draft Report, in the section ‘The Case for Regulating Data’, offers two primary justifications for regulating NPD. First, that data has economic value, which can lend itself to social and public interest. Second, that data can lead to harm or compromise the interests of collectives and groups. It is useful to interrogate these two claims in detail and examine whether they stand scrutiny.

There are incontrovertible links between the governance of information and economic (and political) power. Laws emerging from the industrial era sought to enclose such economic value as proprietary capital – or intellectual property, in the form of patents or copyright. In the age of new media and the internet, ‘networks’ or platforms often exploit network effects and their status as information intermediaries to accrue economic advantages.

The immediate impetus for the Committee’s proposals on NPD appears to be a relatively more recent phenomenon – the collection, collation and automated analysis of large volumes of information, often termed Artificial Intelligence or Big Data Analytics, which is providing new insights into the behavior of individuals and societies, including in industrial or ‘scientific’ phenomenon. As the Draft Report notes, such information is a key ‘input’ into new technologies (particularly Machine Learning technologies) and adds value to both extant industrial processes, as well as emerging forms of the market – one driven extensively by ‘datafication’ and commodification of information. As the committee notes, much of this has been driven by a few dominant firms – Big Tech going hand in hand with Big Data.

To rectify the apparent imbalance in the ‘data economy’, one of the key recommendations made in the Draft Report are data sharing obligations – either with public authorities, with competing firms, or with new governance structures called ‘data trusts’. While the aim to create a more equitable ‘data economy’ is laudable, data sharing as a regulatory response to the imbalanced data economy certainly has its misgivings.

The Draft Report notes, in its opening lines, that ‘the world is awash with data’, which belies an assumption that data is something merely taken from the natural world, and ignores how data is a form of knowledge which is embedded within particular forms of the market and politics. As scholars in the field of Science and Technology Studies (STS) have warned, we should be wary of thinking about ‘data’ as a category which is external to and independent of its modes of production, or the political economy in which it is produced, or the subject of what is being measured. The implications of this approach could be taking the ‘data’ about communities or society – for example, what they eat or how they move or communicate – collected to serve ads and extract profits from such information – and transposing it in the context of a state function of delivering public benefits, which may be an entirely inappropriate way of observing or calculating what such a community or society requires from the state. Indeed, such data sharing may end up entrenching the power of a few specific firms or systems which create the data.

A second concern is a broad assumption that ‘data sharing’ can unambiguously lead to a more competitive data economy. The Draft Report provides very little evidence to back its claims that ‘innovative’ data businesses in India are facing hurdles solely or even largely due to lack of access to ‘raw data’. While some studies have assessed how data can have infrastructural importance in certain markets, they have also acknowledged that such questions are specific to particular domains, firms, and techniques of data processing. Data sharing, therefore, may do little to either curtail economic power or to make Indian firms more competitive.

The Draft Report does not consider the situations in which mandatory data sharing may be appropriate, and in doing so, misses an opportunity to engage with other domains that have considered questions of competition and innovation, particularly competition law in India. This has implications for regulatory design, overlap, and conflict between zones of regulation for NPD.

In the next post, we will analyze the second justification for a regulation presented by the Committee – of group privacy and community interests.