Legibility and Obscurity in the Age of Big Data (I) 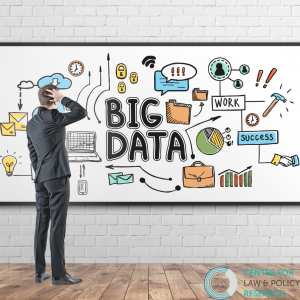 In James C. Scott’s book ‘Seeing Like a State’, Scott argues that the modern nation-state governs through the collection and action upon data and scientific models as representative abstractions of human activity. The practices of documentation, statistical analysis, and data processing, make the citizen ‘legible’ to the state, and it is this abstraction on the basis of which state action – policy-making and administration – is performed. Similar forms of abstracting and making legible human activity and natural phenomenon are at play in contemporary information systems, including those relied upon by governments. The ‘legibility’ of citizens is now informed by information systems, including, increasingly, the analysis of large sets of ‘data’ in systems like Big Data and AI. For example, the Government of India recently outlined an ambitious policy to utilise ‘non-personal’ data sets which could inform ‘evidence-based policy’. In the recent context of the CoViD-19 pandemic, as well, ‘big data’ technologies have played a large part in governments framing appropriate interventions.

Information systems, as a part of administrative infrastructure, should be examined for what they make legible as much as for what they obscure. According to Scott, nation-states’ attempts at legibility through data result in policy-making and governance that is removed from actual experiences, contexts and the particularities of human activities. Enquires into the use of ‘big data’ in public health systems, in particular, exemplify this trend. In her enquiry into the use of cellphone data in mapping the Ebola pandemic in Sierra Leone, Susan L. Erikson provides a brilliant example of how the uncritical reliance on ‘call data records’ and cell phone mapping led to mistaken assumptions about the spread of the epidemic, and ultimately, oversold or unreliable policy recommendations, which did not match with the lived realities of populations on the ground.

The case of Ebola mapping allows us to reflect on the consequences and instability of big data systems as infrastructures for governance. First, these systems reflect the inherent subjectivity in the invisible forms of standards and classifications reflected in the creation and use of information systems (such as the data from a cell phone as the representation of an infected individual in epidemic mapping), which obscures the important contextual processes by which such classifications were made. Second, the capabilities of these systems are oversold, often at the expense of understanding localised contexts and needs – in the case of epidemic mapping, for example, without attempting to build or create the local health infrastructure which populations actually demanded and required. When the legibility of citizens is driven by particular information systems which embody particular values, it also results in obfuscating important and relevant context and information.

Questions of visibility and obscurity in the context of information systems and their regulation are explored in our forthcoming publication ‘The Philosophy and Law of Information Regulation in India’.