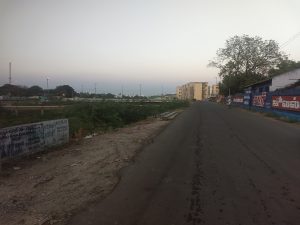 Under Article 226 of the Constitution of India, 1950, every citizen of this country has the right to constitutional remedies when their fundamental rights have been violated by the State. These remedies may be accessed by approaching the respective High Court. However, during the lockdown imposed due to the outbreak of COVID-19, these constitutional guarantees remained only on paper in Tamil Nadu.  Both the Chennai and Madurai benches of the Madras High Court and their Subordinates Courts have shut their doors, of course with the primary intention of controlling the spread of COVID-19. However, the courts and the legal process have become completely inaccessible for the common man, especially the most vulnerable sections of the society like individuals from Scheduled Caste and Scheduled Tribe communities.

Suspension of the functioning of Courts

The Madras High Court, through its circular dated 24.03.2020, suspended the regular functioning of court work in the High Court and all Subordinate courts. However, it provided for the limited sitting of judges to hear extremely urgent cases, with the permission of the allotted Presiding Judge of the Madras High Court in both benches. Similarly, the Principal District Judge was given the power to decide the hearing of extremely urgent cases and fix the guidelines for hearing such cases in Subordinate Courts. Initially, the urgent cases were allowed either through videoconferencing or otherwise as per the convenience of the judge concerned. However, later amid reports of spreading of COVID19 among judicial officers and court staffs, the High Court stopped hearing at courts and now hearings are being conducted only through videoconferencing.

To facilitate the filing of cases at Madras High Court, email id of the Registrar and few guidelines were notified through the Notification dated 17.04.2020. Although Bail Petitions were allowed through e-filing Portal, there is no such arrangement for another type of case including cases that comes under Special Act like Scheduled Castes and the Scheduled Tribes (Prevention of Atrocities) Act, 1989, etc. As far as Subordinate Courts are concerned, only a few of Principal District Judges have come up with a format and guidelines for filing bail applications.

Among the six Exclusive Special Courts namely, Madurai, Tanjavur, Tirunelveli, Trichy, Villupuram and Sivagangai which handle PoA cases in Tamil Nadu, only the Principal District Judge, Madurai, and Villupuram have come up with circulars providing email ids, to allow lawyers to seek a hearing for extreme urgency cases. However, there is no clarification on the procedure to make such a request. In the remaining 22 District Sessions Courts (which are Designated Special Courts to handle cases under the Scheduled Castes and the Scheduled Tribes (Prevention of Atrocities) Act, 1989 and the Protection of Civil Rights Act, 1955), the respective Principal District Judges have issued guidelines only for filing a bail petition.

Victims of atrocity unable to get justice

There are no guidelines on filing petitions for seeking rehabilitation and protection under the PoA Act, which are urgent where atrocities are committed. Since the imposition of the lockdown, there have been news reports of the commission of atrocities in Kallakuruchi and Tiruvannamalai districts. However, no specific arrangements have been made to handle cases registered under the PoA Act other than notifying that existing cases have been adjourned to a later date. To date, no guidelines have been framed by any of the courts, including the Madras High Court, to hear the grievances of the victims of caste atrocities.

Atrocity victims are not being provided with the contingency relief under the Rule 12(4) of the Scheduled Castes and the Scheduled Tribes (Prevention of Atrocities) Rules, 1995 (as amended) by the District administration, within the prescribed period of seven days from the date of the incidence of atrocity. Further, the District Collector and police officials also fall back on the lockdown as an excuse for inaction. This presents a challenge for victims of atrocity, who not only undergo emotional trauma and physical injury but also face the loss of property due to the atrocities committed.

Victims of caste atrocities invariably belong to socio-economically vulnerable sections of the society, having limited resources to sustain themselves and their family, particularly during a nation-wide lockdown where the poorest sections of India are the most impacted. In such a scenario, courts remain the forum of last resort and adequate measures to be put in place to ensure that the police officials and District administration can be called into question for their failure to respond to complaints.