As part of our work on equality and non-discrimination, CLPR conducted a study on experiences of intersectional discrimination in South India between May – November, 2018. The objective of the study was to understand the relationship between different intersecting identities and various sites of discrimination such as educational institutions, workplaces, police stations, and public transport.

The outcome of this study is ‘Intersectionality: A Report on Discrimination based on Caste with the intersections of Sex, Gender Identity and Disability in Karnataka, Andhra Pradesh, Tamil Nadu and Kerala’. 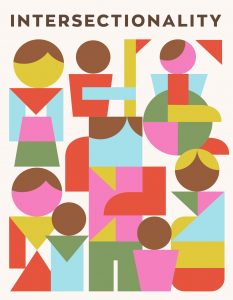 We conducted the study in two phases in Andhra Pradesh, Karnataka, Kerala and Tamil Nadu and adopted a mixed-method approach. The qualitative study was conducted through semi-structured interviews of 23 individuals who are active members of their communities and are working on human rights concerns affecting them. Based on the insights from the interviews, we developed a detailed questionnaire with 61 general questions and individual, sections on caste, gender identity and disability. We administered the survey to 114 respondents, primarily from the Scheduled Castes and Scheduled Tribes communities, forming the quantitative phase of the study.

CLPR’s Report collates the findings from both phases and is the first step towards documenting and presenting the life experiences of discrimination through an intersectional lens. The qualitative and quantitative phases of the study revealed that individuals who fall at the intersection of multiple identities face aggravated forms of discrimination in their daily lives, which are not adequately addressed by existing laws. For instance, the Report observes that – (a) non-discrimination obligations on the private sector are limited, (b) there are no laws that hold public officials responsible for discriminatory acts, (c) many vulnerable groups are not covered under equality and non-discrimination legislations, and (d) there is no recognition of and protection against intersectional discrimination.

Therefore, the Report recommends that a single and comprehensive equality legislations would best address the gaps in the legal landscape, and which:

The Report was formally released on 26 July 2019 at the Indian Social Institute in a panel discussion on ‘Human rights violations faced by LGBTQ persons in housing, work, and public spaces’.

The report can be accessed here.