Alcohol and State Revenue: The Debate in the Constituent Assembly 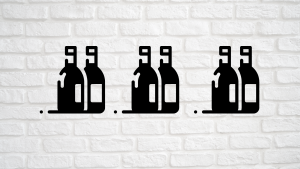 One of the first steps that many Indian States embarked on as part easing coronavirus related lockdown measures was to allow liquor shops to sell alcohol. Serpentine queues were a common sight at liquor shops across States in India. The restlessness of the State governments to open liquor shops was quite evident – bringing its dependence on alcohol-based  revenue into sharp relief.

On 24th November 1948, Shibann Lal Saxena moved an amendment to Article 38 of the Draft Constitution in the Constituent Assembly that read ‘The State shall regard the raising of the level of nutrition and the standard of living of its people and the improvement of public health as among its primary duties.’ Saxena wanted to add the following to the Draft Article: ‘and shall endeavour to bring about the prohibition of the consumption of intoxicating drinks and drugs which are injurious to health’.

He seemed to anticipate that a strand of the opposition to prohibition would invoke the loss of alcohol-based tax revenue. Indeed, even in the 1940s, the sale of alcohol was a significant source of revenue for many provincial governments. But Saxena claimed that the loss of revenue from alcohol sales and the added expenditure to enforce prohibition was nothing compared to the economic gains of prohibition: a large portion of the disposable income of the population would not be spent on alcohol and hence saved. The economy would be better off with prohibition.

B.H. Khardekar wasn’t convinced. Curiously,  he raised the stakes and hyphenated alcohol prohibition with the survival of India’s constitutional democracy –

we do not want to have such a Government where only a few who know will govern ultimately and we will have a Fascist Government; and if we are going to insist too much today on prohibition, we are going to deprive a number of our good children from receiving proper education and the result would be whereas we aim at establishing a secular democratic State, we are really going to have a religious fascist Government and nothing short of it. I am giving you, Sir, a warning… There are thousands of lepers who require medical help and if all that tremendous help is to be given, from where is the money to come forth?

For Khadekar, alcohol revenue was the duck that laid golden eggs. The pool of resources that alcohol brought in could accelerate socio-economic progress and decide the fate of democracy in India.

B.G. Kher wasn’t having any of this. He curtly said ‘Instead of getting a large excise revenue and spending it on education, the best education is to teach people to abstain from drink and drugs.’ Also, he argued that the public costs related to ‘increase of crime, disease and the loss of efficiency‘ – the externalities of alcohol – was three times higher than the loss of alcohol sales revenue.

In the end, the Constituent Assembly accepted Saxena’s amendment and prohibition became part of the legally non-binding Directive Principles of State Policy as Article 47. Most State governments, however, decided to not bring in prohibition, opting instead to regulate the sale of alcohol and imposes taxes. Alcohol revenue for most Indian States now accounts for 10-15% of ‘Own Tax Revenue’. With coronavirus closing down economic activity and a central government that is reluctant to provide substantive financial assistance,  it is no surprise then that state governments have turned to alcohol revenues to keep the State coffers afloat.