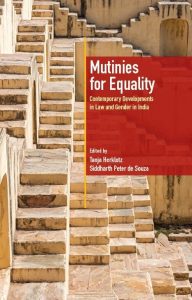 In this chapter, she argues that the Indian Supreme Court’s stand on gender equality has not been uniform and the court has maintained the status quo on the larger question of gender equality. To prove her argument, she has divided the recent cases Supreme Court adjudicated on gender equality, into three categories. The first category of the cases are those that do not affect the status quo and the questions of gender equality here are confined to individual petitioners and minority groups. The second category of cases are those that impact the institutions of marriage and family but do not explicitly deal with personal laws. In the third category of cases, the question of women’s equality is pitted against the right to religion or against the right of religious communities governed under their personal laws. She concluded the chapter suggesting that the Supreme Court must not be selective about gender equality.