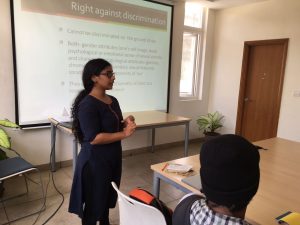 In 2014 the Supreme Court of India recognised the transgender  community as the third gender in NALSA v. Union of India. The judgment  references Article 14, 19 and states that the terms used in the above  Fundamental Rights under Chapter III of the Constitution are gender-  neutral, such as ‘person’ and ‘citizen’, and therefore are equally applicable  to all regardless of gender and gender identity. The judgment notes that  every person has the right to self-determine their gender, and that gender  identity is intrinsic and one of the most fundamental aspects of an  individual, forming an integral part of one’s personal autonomy and self-  expression. The Supreme Court clearly states that no person may be discriminated against based on their gender identity, and further lays down specific directions to the Central and State Government to address and work on transgender issues. 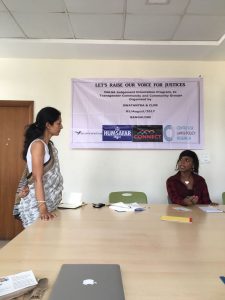 A judgment that should have enabled and empowered the transgender community, is yet to be implemented in 2017. This failure on the part of the government has motivated organisations such as Swatantra to support and fight for this community. Swatantra provides support with job applications, education, access to documentation such as voter ID cards for elections and aadhar, housing allotments, etc., and now wants to educate the community on it’s legal rights by partnering with non-profits like the Centre for Law and Policy Research.With this objective in mind, on 1st August 2017, CLPR and Swatantra hosted an orientation on the ambit and implications of the NALSA judgment for the transgender community.

After the presentation and discussion of the legal rights granted by NALSA,   the audience of community members, activists from organisations such as   Ondede, Radioactive and Swabhava and lawyers and researchers from CLPR focused on the reality of widespread discrimination that the transgender community still faced. While the NALSA judgment recognises   the ancillary rights to vote, marriage, adoption, hold property etc., transphobia and the limited perceptions of society prevents equal access    to education and employment. Prejudiced societal norms that manifest in biased behaviours have forced the transgender community to take up begging and enter the sex trade to make a livelihood. While the judgment is progressive and promising, there is much work pending at the ground level. 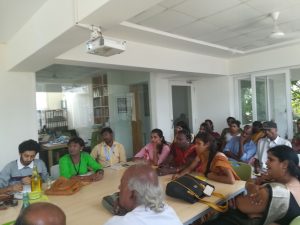 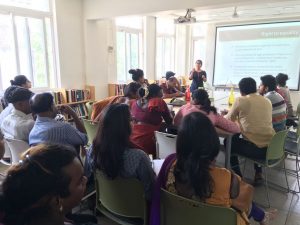 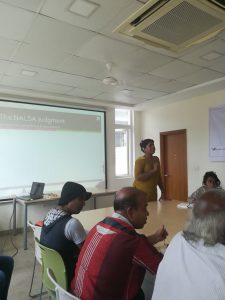