Gender, (In)Equality and the Law 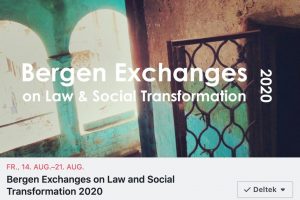 Jayna Kothari, Senior Advocate & Executive Director at CLPR will give Keynote Address for Centre on Law and Social Transformation. The event is hosted by LawTransform, Bergen Global CMI/UiB and Global Research Programme on Inequality – GRIP.

In her Keynote on “Gender (In) Equality and the Law”, Jayna Kothari will present critically on some of the recent constitutional developments on gender (in) equality in India. In the last decade, the Indian Supreme Court has been seen as leading the path on gender equality with its progressive judgments. It broadened the interpretation of discrimination on the grounds of “sex” under Article 15 of the Constitution to include not just discrimination on the basis of sex, but also on the basis of sexual orientation, gender identity and sex stereotypes. Despite these leaps, she argues that the jurisprudence of the Court has been selective by passing progressive judgments in cases where is no threat to the status quo. In situations where questions of women’s equality are pitted against religious personal laws, or within institutions such as marriage and the family, the Court has not passed very progressive judgments or decisions are not made on the grounds of gender equality at all. In her analysis she argues for a way forward for the Supreme Court to take on difficult questions if it is serious about gender equality.

This event is part of the Bergen Exchanges on Law and Social Transformation.

It is free and open to all.

After the events, videos will be uploaded to Bergen Global’s YouTube page for later use: https://bit.ly/3he5PXc

For more information about the Bergen Exchanges, see: https://bit.ly/2EiAKCQ