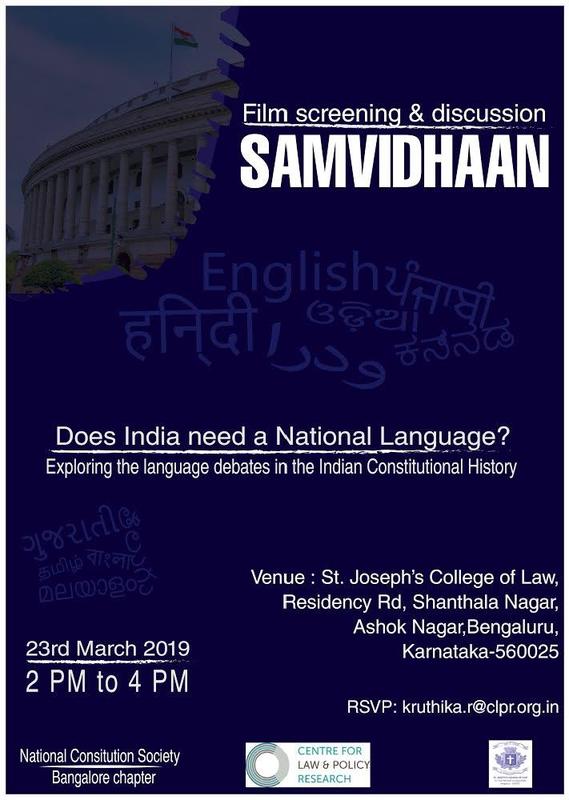 The Bangalore Chapter of the National Constitution Society will host a film screening and discussion on “Samvidhaan: The Making of the Constitution of India” (Episode 7) – the debate among the Constitution’s framers on the question of national language.

Sanvidhaan is a ten part mini-series produced by the Rajya Sabha TV and directed by Shyam Benegal in 2014. It brings to life the deliberations in the Constituent Assembly on various constitutional values and provides insight into the framing of India’s constitution.

The film screening will be followed by a discussion that will engage with contemporary developments and conflicts around the idea of national language through the prism of India’s constitutional and political history.