Women Voters and the Bihar Elections 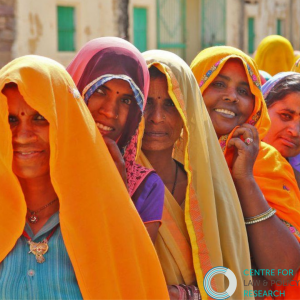 The public discourse around elections in India has very rarely seen women being treated as a crucial constituency. While pre-poll conversations seem to be monopolised by issues around caste, religion, and other issues, women related concerns are often left out.

Despite this negligence, in the recent past what we see is that an increasing number of women are exercising their constitutional right of adult suffrage. This reflects the growing involvement of women in electoral politics in India and also the awareness of their rights to express views on politics and policy.

Though the women voters are not taken seriously by pollsters and exit poll experts, they have turned out to be the decisive voters in the recent Bihar Assembly elections 2020. This was the third time consecutively when women had outnumbered the men voters. In three phases of Bihar elections, women voters’ turnout increased consistently from the first phase to the third phase. In the first phase, they voted 5% more than men, in the second phase 6%, and in the third phase, they outnumbered men by 11% benefitting NDA the most.

What explains this relative rise of women’s voter turnout?

One could look at the manifestos of the key political parties that were in contestation. The manifestos of both JD(U) and BJP parties, mentioned specific provisions for women’s welfare. While JD(U) promised a 5-lakh grant along with an interest-free loan to women for starting a new venture, BJP promised to enable one-crore women to become self-sufficient. JD(U) also promised to install solar lights on the streets of every village to provide safety to women and provide cash assistance to unmarried girls when they graduate from schools and universities. However, RJD, the main rival party, failed to incorporate women related issues in its manifesto.

JD(U)’s track record of reaching out to women is not unique to the 2020 elections. It has been reported that Nitish Kumar over the years cultivated the constituencies of women by giving a 50% reservation to them in panchayats and 35% reservation in government jobs. His government had initiated several schemes that included distributing free bicycles for school-going girls, Jeevika- a skill and livelihood-based self-help group scheme that enrolled 1.20 crore women and also prohibition keeping the women constituency in mind. All these seemed to have played an important role in influencing the women voters. Additionally, his government has been keenly implementing numerous central government schemes aimed at women’s welfare.

Are these women-only influenced by incentives provided by political parties?

While more women seem to be voting, do they vote differently? According to Tara Krishnaswamy and the Hindu journalist Nistula Hebbar, women do vote out of their own choice. They also believe that women are emerging as a voting bloc who go beyond the traditional calculation of caste & religious arithmetic and vote for governance issues.

While the exact reasons for higher women voter turnout need to be further carefully examined it is a welcome sign to see increasing political participation by women in the election process. This might potentially change how women are considered in forthcoming elections.

(This post benefitted from conversations with Nistula Hebbar and Tara Krishnaswamy.)