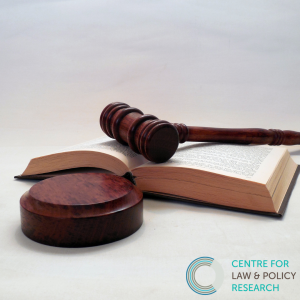 The Scheduled Castes and Scheduled Tribes (Prevention of Atrocities) Act, 1989 (“PoA Act”) passed with an intention to protect socially and economically backward citizens. However, the Police Department often fails in its duty to protect vulnerable sections of the society, like Scheduled Castes and Scheduled Tribes. However, since the outbreak of Pandemic, multiple instances of atrocities surfaced with less than an adequate response from law enforcement officials.

On 25.03.2020, a group of more than 20 caste Hindu persons from Suriyanthangal Village attacked Dalit families by abusing them using their caste name and attacking them with wooden rods, sticks, and stones and six persons belonging to SC (Arundhatiyar) were injured, including a woman. During the said incident, two houses belong to the Dalits were ransacked, utensils and electronic items were damaged, and two-wheelers were stolen. All this happened at the time that the prohibitory order under Section 144 was in place.

Indifferent attitude of the Police towards Dalit woman victim

The Sub-Inspector of Police, Vettavalam police station recorded the oral statement of one of the victims who was getting treatment in the hospital and an FIR was registered on 26.03.2020. However, he failed to record the statement of the Dalit woman victim who was admitted in the same hospital. Her statement was not recorded despite the fact she was insulted, abused, injured, and assaulted with an intent to outrage her modesty in public view. Even as on date, the police have not recorded her statement and no woman police officer came to the hospital or the victim’s residence to record her statement. This is in violation of Section 154(1) of CrPC which makes it mandatory for a woman police officer to record information from a woman victim. If the victim is unable to come to the police station due to some disability, then the police officer must personally visit the woman victim’s residence or any other place. This is an instance of how caste and gender can intersect to aggravate the experiences of discrimination and violence, through a violation of established rule of law.

Failure to provide contingency relief to the victims of atrocity

As per Rule 12(4) of the PoA Rules, 1995, victims of atrocities are to be provided relief in cash/kind within seven days of the registration of an FIR. However, to date, only partial relief has been given to these victims. Even after the Hon’ble Madras High Court’s direction dated 20.08.2020, the District Collector is yet to release the pending monetary relief. Upon enquiring with the District Administration, the victims were told that due to the pandemic, officials are busy with Pandemic related activities.

The objective of the PoA Act is to provide speedy justice and immediate relief and rehabilitation to the victims of caste atrocities. However, in the present case, the very objective of the law stands defeated due to the indifferent attitude of the police authorities and the District Administration.  In fact, the pandemic situation requires immediate payment of relief to victims of atrocity who will be further disadvantaged due to the restrictions on movement and employment. Therefore, the atrocity and response of the State Government during the pandemic has put the livelihood of the victims and their dependents in danger. The implementation of the SC/ST Prevention of Atrocity Act has itself become a victim of the pandemic.