What do the Transgender Persons (Protection of Rights) Rules, 2020 say? 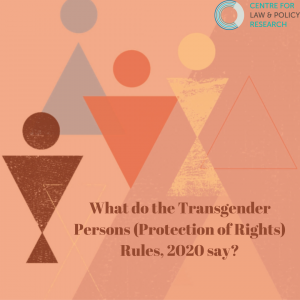 The Ministry of Social Justice and Empowerment, has been in a hurry to implement the Transgender Persons (Protection of Rights) Act, 2019 (the Act). Despite widespread protests, the Act was passed on 5th December 2019. Several petitions have been filed challenging the constitutional validity of the on the Act. Since then the Ministry has tried to operationalize the Act through the publication of the Rules. After releasing the draft rules in April 2020 and in August 2020; finally, on 25th September 2020, the Ministry notified the Transgender Persons (Protection of Rights) Rules 2020 (the Rules). The Rules seem to have tried to bridge the vast gap between the Act and the directions of the Supreme Court in NALSA v. Union of India.

One of the first aspects of the Rules was the absence of the definition of discrimination. The second draft rules, defined discrimination as “any distinction, exclusion or restriction on the basis of gender identity and expression which has the purpose or effect of impairing or nullifying the recognition, enjoyment or exercise, on an equal basis with others, of all human rights and fundamental freedoms in the political, economic, social, cultural, civil or any other field and includes all forms of discrimination, including denial of reasonable accommodation”. Although this definition was lauded, it was removed from the final rules that were notified.

Rule 3 prescribes that all applications for obtaining a Certificate of Identity must be submitted to the District Magistrate within whose jurisdiction the transgender person resides. Nonetheless, sub-rule (3) makes it clear that such an application procedure does not apply to those who have officially recorded their change in gender before the coming into force of the 2019 Act. A recent Karnataka High Court judgment upheld this provision and stated that official change in name and gender before the commencement of this Act should be recognized.

Applicants seeking a revised Certificate of Identity and who have undergone medical intervention towards a gender-affirming procedure must submit a certificate issued to that effect by the Medical Superintendent or Chief Medical Officer of that medical institution to the District Magistrate. In any case, the District Magistrate shall only verify the documents and is not permitted to order a physical examination, as given under Rule 6.

It is crucial to note that Rule 6 uses the term medical intervention, as opposed to the term ‘surgery’ used in Section 7. ‘Medical intervention’ is defined in Rule 2(i) and includes any gender-affirming medical intervention undertaken by an individual to facilitate the transition to their self-identified gender, including but not limited to counselling, hormonal therapy, and surgical intervention if any. While the Rules have tried to broaden the ambit through this provision, it remains to be seen how the two provisions in the Act and the Rules will coexist.

The certificate issued shall form the basis for change in name, gender and photograph in all official documents within a period of fifteen days of making the required application. However, there is no clarification on how such a change will take place. The rules are silent on whether the applicant must approach each government/ministry for the change in name and gender; or if it will be done by the State at the time of issue of a certificate of identity.

In cases of rejection of the application (Rule 8), the District Magistrate must inform the reasons for the rejection within thirty days and may review the decision on rejection based on the reply submitted by the applicant. Moreover, the applicant has the right to appeal this decision (Rule 9).

Apart from procedures for obtaining a certificate of identity, the Rules also make a provision to constitute a welfare board (Rule 10), provide a mechanism for ensuring non-discrimination of transgender persons in public life including setting up a Transgender Protection Cell(Rule 11) and drafting an Equal Opportunity Policy, which provides equal opportunities by incorporating infrastructure adjustments, recruitment, employment benefits, promotion for transgender persons (Rule 12). The rules make no mention of any form of affirmative action, through reservations or concessions.

Rule 13 states that every establishment must designate a complaint officer within 30 days of coming into force of the notification of the rules who will enquire into the complaints within fifteen days of receiving the complaint and the resolution of grievances should take place within thirty days from the day of a complaint filed.

Since the notification of the rules, there has been no training or sensitization made available to District Magistrates, who are the focal point in all the applications. In many places, they are not aware of the duties imposed upon them through the Rules. In addition, the differing criteria in the Act and the Rules is bound to create confusion about its implementation. All these variations make it difficult on the ground to avail the rights guaranteed to trans and intersex persons. 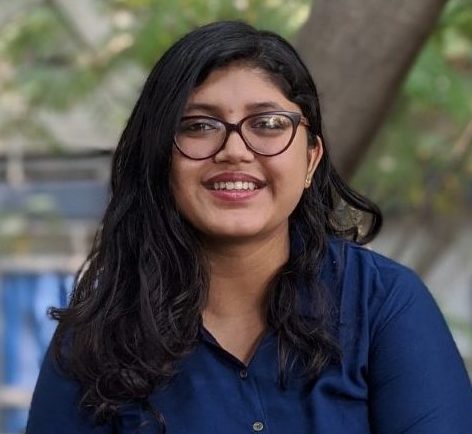