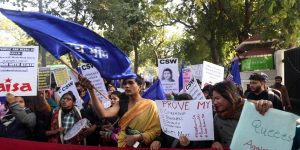 In a workshop in May, Kamla Bhasin, poet, and social activist offered her take on feminist activism, which she defined in rather narrow, perhaps stifling ways. Feminism, according to her, was not about race, or caste, or trans issues, or the ecology, “and so on”; it is only and exclusively about the struggle against patriarchy, misogyny, and the control of men and/over women.

With the circulation of these opinions on social media, in an open statement, a group of Dalit, Adivasi, Vimukta, Bahujan people, as well as dominant savarna people, some of whom are queer, trans* and/or disabled’ asked for accountability from “feminist circles” in India. They argued that even though Bhasin’s opinions were neither new nor were she alone in holding them, it was important to use this moment to think about feminism’s commitment to non-dominant women and the struggle against their oppression.

While the statement raises significant issues around oppressive practices within feminist struggles, regimes of representation, and about anti-carceral forms of addressing harm, and Bhasin has offered an apology for her remarks, this post is limited to a particular concern the debate raises for trans lives and politics. As of June, the statement has been endorsed by close to a thousand signatures, many of them trans, queer, and non-binary, and almost all of them are people whose work I deeply regard. The following is offered not as condemnation but as a complication of the field.

The statement calls out the transphobia at work in Bhasin holding to a binary world view of what bodies make a man and a woman,  to the exclusion not just of those beside the binary but even many cis women (and men) who may not share in an assumed experience, like menstruation. The statement makes a case for plural feminisms to respect and learn from struggles of persons other than dominant, cis, abled women. These plural feminisms then are committed to the ethics of love, accountability, and solidarity.

It may seem strange to be concerned by such a good thing but I am worried by the taming of antagonism with such a liberalism. These ethics of love and accountability may not be universally regarded as useful or good. The call for plural feminisms then seems to be built around certain foreclosures.

We know that people and movements are infinitely contradictory, occupy multiple positions in the social, and desire radically incommensurate things. When the ban on bar dancers was called, an autonomous sex worker’s movement demanded the state to recognise their right to dance, savarna feminists fought that case, and Dalit, Adivasi, Bahujan and allied anti-caste activists suggested that such a right to dance only perpetuated the exploitation of oppressed communities. This wasn’t a disagreement but an impasse over forms of relief and repair in the present and the futures they imagined. In the struggle against Section 377 that criminalised consensual sodomy till the Supreme Court read it down, there were similar contestation over the desire for legal victories that instrumentalised strategies, like the right to privacy, which alienated many marginalised groups. In more recent history, we have seen civil society often distances itself from protests when protestors turn “violent,” collapsing the difference between violence and harm.

In each of these, it is not simply those who make these movements that are different but it is their practices and desires that are difficult to live with. If all feminisms to be part of this pluriverse must commit to love and accountability, where do those who’d rather burn the world go? Is tolerance what feminisms want of each other? Granted this is rhetorical, but we see how so many separate themselves from angry Dalits, cynical queer folx, bitter persons with disabilities, bad Kashmiris, impatient Adivasis, and so on. Any of us who have been part of these formations have been schooled, disciplined, and policed; often in the name of love.

It is risky for feminism to predict all futures, to not be open to that which is radically other. This desire for co-existence often belies that we are also fundamentally unlivable. The optimism of tolerance is an insufficient practice for this, one suggested both in Bhasin’s call for uncontaminated feminism and in the call for plural feminisms with love and accountability.

I want to return to something Bhasin says in the video from the workshop that went viral. She rants, “agar aap transgender par kar rahe ho toh har ek ko wohi bhasha bolni hai, zaroori nahi hai.” (If you’re working on trans issues, it’s not necessary that everyone has to speak the same language as you.”) The statement wrote, “Bhasin further trivializes trans* and gender non-conforming realities by reducing them to a mere language issue that people need to learn to speak and adapt… The struggles of trans* and gender non-conforming people are not only of language, clothing or pronouns…. Overall, an analysis like Bhasin’s misses how all of these complexities — of language and material resources, cannot be seen as separate.”

I dare say, that Bhasin isn’t speaking about learning new languages but about lifeworlds and what we do in them – that she isn’t speaking about pronouns but practices. She is suggesting that it is not necessary for feminism to have to inform their own language, practices, and activism in the light of what we learn from working with trans folx. Say, for example, if trans-ness suggests a way in which the gender binary is false but has material consequences, including oppression, it should not mean that Bhasin should not be able to teach ‘sex is natural and gender is a social construction’ in her workshops. They can coexist, she seems to suggest, but not become moral imperatives.

Honestly, even as boring as Bhasin’s feminism sounds, I am relieved. Since the emergence of the modern trans identity, trans folx have existed in the voice of cis persons – whether in the gaze of the police and the pharmapornographic complex, in the ink of therapists and researchers, the slogans and pamphlets of feminists, or in the unremarkable slurs of strangers. Cis people have long been sovereign to recognise trans persons. Yet, dare I say, trans persons, do not live in the mouths, imagination, or paperwork of cis persons. Cis persons do not create trans folx. Bhasin can only at best, wish, and worse, murder them away. We are not a fiction that needs to be asserted into reality, definitely not by violently subjecting us to cis-realism. The statement’s call for accountability in demanding Bhasin speak “the language of trans” also puts trans folx back in her mouth, albeit in the hope of repair.

The debate between Bhasin and those who called for her accountability shows how trans existence continues to be a subject of debate, that gender is the turf of feminists and they will decide whether trans persons are a part. But what if politics wasn’t police?  What if feminists did not decide who is a woman and who is solidarity? What would feminism be if it imagined trans persons as already in these circles (which they are), resting and resisting beside them; joyous, unafraid, and unapologetic, as their own person? 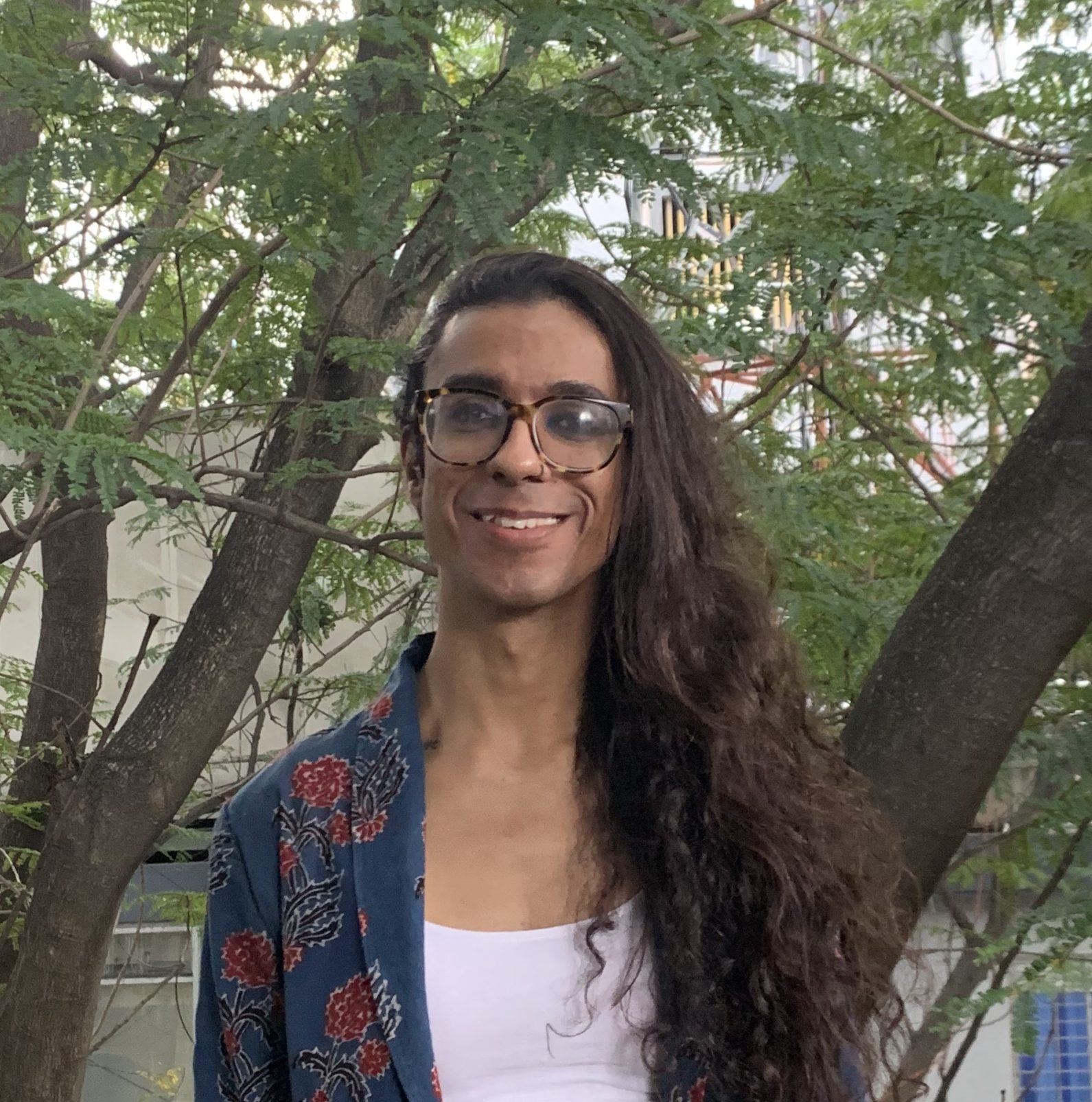