Transforming Futures: A Report on Transform 2020 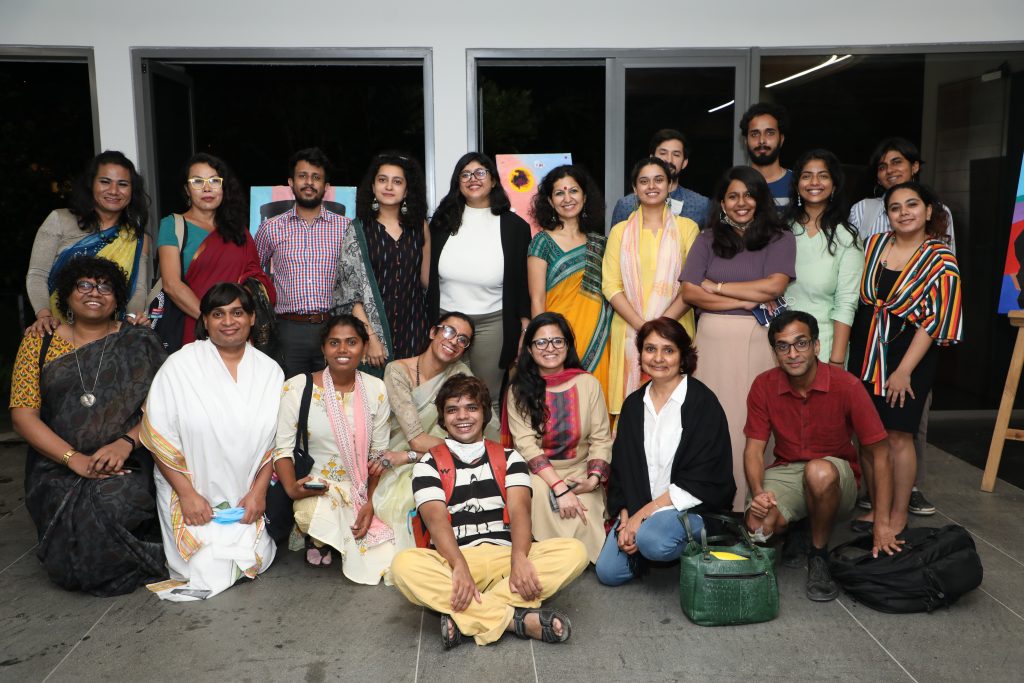 TransForm is CLPR’s flagship annual conference to discuss debates on emerging issues on transgender rights and this year it was held on 5th and 6th December 2020.

This year, there were speakers who discussed how the transgender community was impacted by the COVID pandemic. Uma from Jeeva spoke extensively about how relief during the pandemic for transgender persons in Karnataka from the BBMP and the Karnataka was severely lacking. She highlighted how there was no relief in the form of cash which was needed by the trans community as they were unable to pay rents and expenses. Santa Khurai spoke about the experiences of the trans community during COVID in Manipur. Vyjayanti Vasanta Mogli, a prominent transgender rights activist from Telangana discussed the orders of the Telangana High Court directing that rations be given to transgender persons without ration cards and also the separate wards for transgender persons in hospitals. Antonia Belcher from the UK discussed the experiences of the trans community during COVID from around the world and highlighted the issue of the mental health impact that the lockdown and quarantine had on trans persons.

In the panel on criminal law and prison reforms, Dr Mrinal Sathish from NLSIU spoke on the need for making the offence of sexual assault gender-neutral. He traced the history of these criminal law reforms especially the Report of the Justice Verma Committee which had recommended that Section 376 be made gender-neutral. Sai Bourothu from CHRI discussed the need for prison reforms to ensure that the rights of transgender persons are protected and respected in prisons, especially issues such as placing them in cells that match their gender identity, access to medical treatment, etc.  Mona Lisa KMV gave her testimony as a trans person who was in jail and faced the worst violations of her human rights.

There was a panel to discuss the Transgender Persons (Protection of Rights) Act 2019 and the Rules. Kanmani Ray criticized specifically the lack of remedies in the Act. Jamal Siddiqui discussed how the 2-step process for getting legal recognition of gender identity would be extremely onerous for transmen. Swati Bidhan Baruah criticized the formation of the National Council for Transgender Persons which did not have any transparent process for selection of representatives from the transgender community.

On the issue of reservations for transgender persons, Deepika a transwoman applying for government jobs highlighted how in Tamil Nadu, transgender persons were included under the MBC category but were still having difficulty. Kiran Nayak, a trans and disability rights activist brought up the challenges in accessing benefits by trans persons who are both trans and disabled. Jayna Kothari spoke on the need for horizontal reservations for transgender persons in public employment which are currently pending before the Karnataka High Court

With the black lives matter movement taking hold the world over, there was a panel that addressed the issue of race and caste in gender. Grace Banu, a Dalit transgender rights activist, spoke about how Dalit transgender persons face intersectional discrimination based on gender identity and also caste. Pavel Sagolsem spoke about the special vulnerabilities of queer persons from the North East region and the racial discrimination faced by them. Dr. Brian Horton from Brandies University discussed the issue of race and queer persons especially in the context of African students and persons in India.

On the panel on Fighting Fascism, Righting Trans, Prof. Babu Mathew raised the issue of how it is important for transgender rights to fight against the rising authoritarianism that we are witnessing.  Anindya Hajra took us through various watershed moments post-2014 which showcase trends of authoritarianism and how it impacted trans rights. Vqueeram analysed transphobia through the lens of important queer figures and terrorist killings in the US.  Arvind Narrain spoke about the idea where we must have the capacity for radical kinship going beyond LGBT politics.

Most interestingly there was a panel on the future of transgender persons in politics. Disha Pinky Sheikh, from Maharashtra, addressed very evocatively that issues of transgender persons’ lives and their rights can only be addressed if they are raised in the government by people in positions of power and hence transgender persons have to think of leadership in politics. She also stressed the need for reservations in elections. Dr Ruth Manorama spoke on the need for women to be in A critical mass in politics to make a difference, especially to address the issues of Dalit and marginalized communities such as transgender persons. She also argued that reservations are not a form of charity but to ensure the working of democracy and to ensure equal political participation in a democracy. Dr Akkai Padmashali from the Congress spoke on the need for having trans persons join politics. Grace Maingi from the Uraia Trust, Kenya spoke about the Kenyan Constitution and its provisions which require that in elections, not more than two-thirds of elected persons shall be from the same gender. This was an interesting comparison for seeking reservations in elections not just for women but also for transgender persons.

During the pandemic, the event was held physically and also live-streamed and was a great success, with great engagement and conversations and gave all of us a lot of new ideas to work on in the future.