The Sixth Schedule: The History of Tribal Autonomy in the Indian Constitution 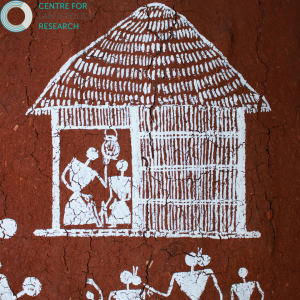 On 27 August 2020, the Arunachal Pradesh state legislative assembly unanimously passed a resolution to bring the entire state under the Sixth Schedule of the Indian Constitution. This Schedule currently makes special provisions for the administration of tribal areas in the north-eastern states of Assam, Tripura, Meghalaya, and Mizoram. Most laws passed by the legislative assemblies in these states do not apply to tribal areas; instead, these areas are governed by autonomous Councils, which have wide-ranging powers to make laws on land, forest management, agriculture, village administration, and personal matters.

In the Constituent Assembly of India, J.J.M. Nichols Roy spearheaded the demand for autonomous governance in the tribal regions. Roy, a tribal from the Khasi hills in present-day Meghalaya, informed the Assembly about the apprehensions of hill tribes about living under the newly-formed Indian State. He proposed to address their concerns by creating the Sixth Schedule, which would give them the right to self-governance in accordance with their traditions.

Roy’s proposal was opposed by his fellow member from Assam, Rohini Kumar Chaudhari, who wanted to assimilate tribals into the non-tribal population. Chaudhari argued that the Sixth Schedule continued the British policy of preventing the tribal population from mingling with other Indians.

Both Kulahad Chaliha and B. Das supported Chaudhari and also argued that the Sixth Schedule had the potential to instigate communism. Das fervently contended  that Roy’s proposal was  “in continuation of the ‘two-nation’ theory”. He stated:

“Sir, I hate the provision of Sixth Schedule whereby you are perpetuating primitive conditions of life…The British spies through help of British and American missions and Communists are coming through these tribal areas and for that Reverend Nichols-Roy will be held responsible.”

Roy began his rejoinders by debunking the myth of tribal inferiority. He stated that the hill tribes have a rich tradition of treating individuals as equal, especially women, and upholding the dignity of labour. Their cultural settings and eating habits were devoid of caste and communalism. Such concepts, he argued, were in their nascent stages among non-tribals.

Citing the Gandhian principles of self-governance and love, Roy conveyed that the hill tribes could not be won over by force; instead, allowing them to govern themselves would bind them with the nation.  Roy also argued from a national security perspective, pointing out that the Indian borders could only be secured by earning the allegiance of the hill tribes. Further, he stated that the Sixth Schedule represented a compromise as the tribal regions still remained under the control of the Governor of Assam.

“There are certain institutions among these hill tribals which, in my opinion, are so good that, if we wanted to destroy them, I considered it to be very wrong… [such as ] the manner in which they settle their disputes…[and] their village administration. In other words, they are exercising a certain amount of autonomy which, I thought, and the members of the Tribal Sub-Committee thought, should be preserved rather than destroyed. What is necessary for good government is already there.”

Ultimately, Roy’s proposal, which was backed by the Chairman of the Drafting Committee B.R. Ambedkar, was accepted. The Sixth Schedule was added to the Indian Constitution on 7th September 1949.

Currently, there are ten regions under the Sixth Schedule spread across four north-eastern states. Arunachal Pradesh Chief Minister Pema Khandu has warned that tribal culture in his state will be lost if the state is not brought under the Sixth Schedule. It remains to be seen whether the Central Government will accede to this demand.

This post is written by Zeeshan Thomas, from Campus Law Centre, Delhi University. He is currently interning with CLPR.