The SC/ST (Prevention of Atrocities) Act, 1989: Dilution by the Courts 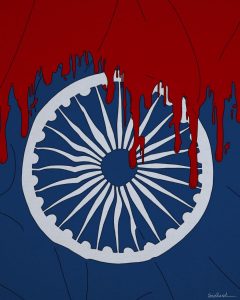 The Prevention of Atrocities (Scheduled Caste and Scheduled Tribes) Act 1989 (“Act”) is aimed at countering the multifarious ways in which caste discrimination is played out. The Act is a criminal law that punishes caste-based atrocities against the members of SC/ST by non-SC/ST persons. Despite a stringent law, the conviction rates under the Act are tremendously low and there is a great delay in the investigation of the cases.

Despite the strong law, courts have consistently narrowed the scope of the Act and diluted it.

The caste bias or the ‘only’ ground is based on the premise that the offence should be committed only on the ground of caste prejudice. Not only is such intention almost impossible to prove, such a rigid view does not take into account any form of intersectional discrimination, where crimes are a result of discrimination on the basis of caste, gender or class especially in cases of sexual assaults against Dalit / Adivasi women and the same has resulted into grave miscarriage of justice.

Section 3(1)(r) of the Act punishes any insult or intimidation with the intent to humiliate a member of SC/ST in any place within the public view. This section has been very narrowly interpreted. In Victor Paul and Another v. State, the Madras High Court held that the public should have viewed the incident irrespective of the place where the offence is committed. Judicial interpretation has further gone on to say that the insult should be in the presence of people who are independent persons and not merely friends and relatives. Therefore, the Act does not cover instances wherein the abuse is hurled in in a private place in the presence of persons who happen to be friends or relatives and present at the time of the offence. In Pardeep Kumar v. the State of Haryana, the Punjab and Haryana High Court refused to include the provisions under the Act where the usage of caste-based remarks was done over a mobile phone call and in Pramod Suryabhan Pawar v. the State of Maharashtra, where the complainant was abused on the grounds of her caste identity on WhatsApp Messages, the apex court held that no offence under the Act is made out as the messages were not in public view.

Despite an overwhelming majority of cases that have weakened the provisions of the Act on frivolous grounds, there are a few cases that have recognised and attempted to rectify the intersectional discrimination faced by the SC/ST persons. For instance, in Kailas V. State of Maharashtra, the Supreme Court expressed shock over setting aside convictions under the Act on hyper-technical grounds. Noting the social as well as legal impunity enjoyed by upper-caste violators and grim chances of successful prosecution, a recent Parliament Standing Committee Report on Atrocities against Women and Children observed that “high acquittal rate motivates and boosts the confidence of dominant and powerful communities for continued perpetration” and recommends that provisions of the Act must be included while registering gendered offences against SC/ST women.

As, Dr. B.R. Ambedkar once noted, “when law enforcement agency- the police and judiciary does not seem to be free from caste prejudice, expecting the law to ensure justice to victims of caste crime is rather an impractical solution to a perennial problem.” Therefore, unless there is a transformative shift in the understanding of caste-based discrimination, doors to access justice as envisaged by the Indian Constitution will remain a distant dream.

This post is written by Garima Chaudhry, a final year law student from Campus Law Centre, Delhi University. She is currently interning with the Centre for Law and Policy Research.