The Protection of Women from Domestic Violence Act, 2005- Civil or Criminal? 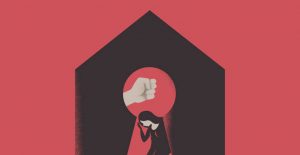 The Protection of Women from Domestic Violence Act, 2005 (“the DV Act”) was intended to be a “civil legislation” which focuses on providing effective and immediate remedies for women experiencing domestic violence from intimate relationships, and making people accountable for the same. While the reliefs such as protection, residence, and monetary orders are civil in nature, the proceedings are governed by the Criminal Procedure Code or procedure as decided by the Court as per Section 28 of the  DV Act. In order to make the system accessible to the survivor, Section 26 of the DV Act provides for the survivor to prefer an application before a Civil Court, Family Court or Criminal Court. This has brought about a dilemma as to whether the nature of the proceedings is criminal or civil, and if the same should be decided based on the nature of reliefs provided under the law or based on the code of procedure by which the law is governed. The said question is important because if the proceedings are considered purely criminal, one would then have to endure the rigorous procedure of Cr.P.C-which includes taking cognizance of the complaint by the Magistrate, mandatory physical appearances of parties on hearings, difficulty in procuring ex-parte interim orders among others. Further, in an attempt to stall the proceedings, the Respondent can at any point approach the High Court under Section 482 of the Cr.P.C to quash/stay the DV proceedings.

The Supreme Court in Kunapareddy, held that the purpose of enacting the DV Act was to provide a remedy in the civil law for the protection of women from being victims of domestic violence. Thereafter, a Full Bench of the Bombay High Court in Nandkishor Praladh Vyawahere opined that in order to make the remedies effective and meaningful Cr.P.C must be adopted and that Section 482 of Cr.P.C can be invoked against DV proceedings. Further, in 2020, a Full Bench of the  Supreme Court in Satish Chander Ahuja emphasised that DV proceedings are governed by the Cr.P.C as laid down in Section 28 of the Act and are criminal in nature.

In early 2021, the  Madras High Court in Dr. P. Pathmanathan, held that applications under the DV Act are not complaints under Section 2(d) of the Cr.P.C and that Section 482 of the Cr.P.C cannot be invoked to quash petitions in DV Act proceedings. The Hon’ble Court also distinguished the Satish Chandra judgement of the Supreme Court by stating that since the issue of nature of proceedings before the Magistrate under the DV Act did not consciously engage the attention of the Supreme Court thus cannot be said to be a part of the ratio. Subsequently, a contrary view was adopted by another single Judge of the Madras High Court in Ganesan and thus the questions as to whether the proceedings are civil in nature, and if limitation is applicable to DV cases have been referred to a larger bench. The Meghalaya, and Karnataka High Court judgments have thereafter held that the proceedings are criminal, neither purely civil nor criminal respectively. Recently, in April 2022, a Division Bench of the Supreme Court in Kamatchi has relied upon  Dr.P. Pathamanathan of the Madras High Court and has held that it is wrong to equate filing of an application under Section 12 of the Act to lodging of a complaint or initiation of prosecution, and thus limitation under Section 468 of the Cr.P.C won’t be applicable.

It has been fifteen years since the DV Act came into force and the courts are yet to settle questions that are crucial for its implementation. The improper understanding of domestic violence has led the courts to constantly deliberate as to whether the DV proceedings as civil or criminal, while forgetting that the legislation is relief-oriented. The courts may view the DV Act as quasi-criminal and quasi-civil much like Section 125 of Cr.P.C and a procedure can be adopted to ensure that the objectives of the social-welfare legislation are met. Until then, the DV Act, entangled in wrangles of procedural law shall remain a hollow hope for lakhs of women behind closed doors. 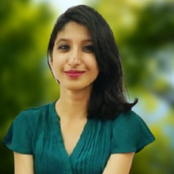