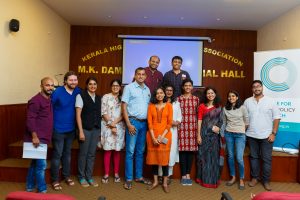 On 18 January 2020, CLPR organised a Learning Session for Lawyers on ‘Tackling Caste Discrimination Through Law’ in Ernakulam in association with the Kerala High Court Advocates’ Association.

The day was divided into three sessions – (i) Scheduled Castes and Scheduled Tribes (Prevention of Atrocities) Act, 1989 (PoA Act) and the Protection of Civil Rights Act 1955 (PCRA), (ii) Prohibition of Employment as Manual Scavengers and their Rehabilitation Act, 2013 (PEMSRA) and (iii) Equality Bill, 2020, CLPR’s effort at drafting a single and comprehensive law that addresses issues of equality and non-discrimination in the public and private spheres. The opening remarks were followed by a detailed question and answer session with the lawyers and law students. 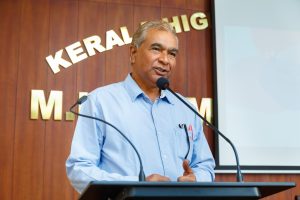 The first session on the PoA Act and PCRA were led by Mr. Martin Macwan, founder of the Navsarjan Trust in Gujarat. Senior Advocate Jayna Kothari also briefly went over the main provisions of the PoA Act and highlighted the main objectives of the law.

Mr. Macwan began the session by tracing the history behind drafting the PCRA and the PoA Act and his own experiences in the field while dealing with caste discrimination cases. The particular examples he highlighted, especially of caste-based discrimination even among the Dalit community towards those who are engaged in manual scavenging, underscored the challenges with the complete eradication of untouchability in India. Mr. Macwan also emphasised on the absence of protection for Dalit Christians under the existing laws as the category of Scheduled Castes and Scheduled Tribe only covers Hindus. Significantly, he discussed the rhetoric of ‘false cases’ that is commonly employed to discredit cases of caste discrimination. He highlighted how police officials, in fact, do not collect accurate data on false cases and often record cases where there is insufficient evidence as false cases. He concluded his session by noting that while the law is necessary, it has a limited role in addressing caste discrimination and real change can be effected only with a change in social mindsets. 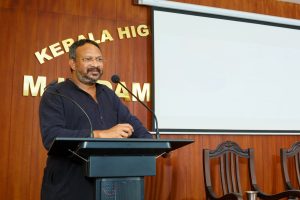 The next session on the PEMSRA was conducted by Mr. Bezwada Wilson. Jayna Kothari presented on the provisions and structure of the law.Mr. Wilson talk drew from the lived experiences of manual scavengers and their everyday struggles to lead a life of dignity that is guaranteed to everyone under the Constitution of India. In particular, he focused on the experience with the litigation before the Supreme Court for the implementation of the 1993 law, which was ultimately replaced by the PEMSRA. He emphasised that the proceedings went on for 11 years during which time the Safai Karamchari Andolan had to regularly produce photos of the practice of manual scavenging and information on the number of manual scavengers being engaged, in the background of repeated denials by State Governments. He noted that although the Supreme Court gave some directions on payment of compensation, larger directions on implementing the 1993 Act were not passed. As a result, even today, we cannot be sure of the extent of the practice of manual scavenging in India as survey and identification processes have not been completed. 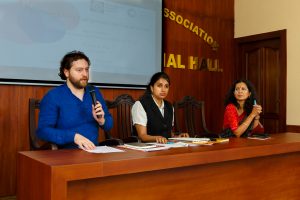 The final session focused on the Equality Bill, 2020 which has been drafted by CLPR. The speakers on this session were Thulasi K. Raj, Bastian Steuwer and Jayna Kothari. Bastian spoke about what an equality law for India should incorporate such as different forms of discrimination and positive duties on State actors to promote equality. Thulasi Raj went through the constitutional provisions and framework on equality and non-discrimination under Articles 14-17 and highlighted that although the Constitution prohibits discrimination by private actors, this has rarely been used and enforced in individual cases as most cases on equality and non-discrimination are against the State. 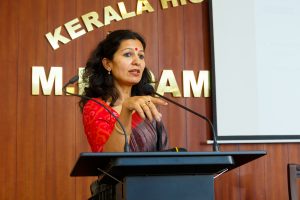 Finally, Jayna Kothari presented the structure and key provisions of the Bill on the protected characteristics, prohibition on discrimination, remedies provided and the positive duties on the State.

The objective behind these sessions was to increase engagement of lawyers with the laws relating to caste discrimination in India and build an organised lawyers network which can improve access to justice for vulnerable groups, as even after the enactment of the PoA Act and PEMSRA, shoddy investigative and prosecutorial practices, high pendency of cases in courts and poor compliances with the statutory mandates for survey and identification and rehabilitation remain enduring features of these legislations. CLPR believes that a self-sustained and organised network of lawyers in the Southern States will go a long way in improving access to justice for vulnerable communities.

If you are interested in being part of the network and practice in any of the four South Indian States, do write to us at deekshitha.ganesan@clpr.org.in or admin@clpr.org.in.