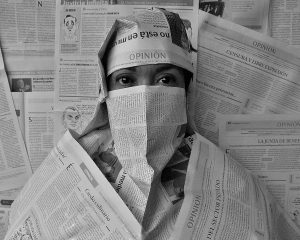 In late April, three officials of the Indian Revenue Service, out of their own volition, prepared and published a report titled ‘Fiscal Options and Response to COVID-19 Epidemic.’ The report proposed that the top marginal income tax rate for the super-rich who earn more than 1 crore annually be increased from 30 to 40%. It also proposed the introduction of a new wealth tax to fight the pandemic-caused economic crisis. The Union government initiated disciplinary proceedings against the officers and suspended them from service, alleging indiscipline.

Several service rules prohibit employees from criticizing the government. For example, both the Central Civil Services (Conduct) Rules, 1964 and the All India Services (Conduct) Rules, 1968 forbid government servants from criticizing government policy or action. Certain states have their own sets of similar rules that impose restraints on public servants’ speech. (See, for example, Rule 60 of the Kerala Government Servants Conduct Rules, 1960).

A regulation is overbroad when it also prohibits protected speech. In Shreya Singhal case, the Supreme Court determined the validity of s. 66A of the Information Technology Act. The Court struck down the provision and one of the grounds was overbreadth – since a wide array of speech would be included within Sec.66A’s ambit.

Instant free speech regulation is also one of the total prohibition of criticism and political participation.  The rule is overbroad since any criticism of the executive action invites potential disciplinary action. Now, is there any occasion where the government is justified in restricting expression? Assume that an employee argues for a right to participate in political demonstrations interfering severely with her duties at work. It does seem reasonable that the state says that her right to free speech does not extend to such participation. In the instant case, however, there is no such interference. The officers made a proposal on the subject of their expertise which enriches public debate.

The US Supreme Court has examined the permissibility of loyalty oaths in various cases, such as Baggett v. Bullitt (1964). The oath required employees to respect the flag and other institutions and the court struck down the requirement. The rationale is that content-based discrimination is unconstitutional.

Here, even if the content of the instant proposal of a tax hike was undesirable to the government, that is no justification to curb free speech. The consequence of the lopsided rule is that promotion of government policy is permitted whereas criticism is not. Free speech becomes illusory if it only extends to desirable or popular opinions. This is because the government should not indulge in value judgments over what views are permissible. It must not discriminate on the basis of content.  The state must not command complete surrender of opinions from those accepting government service. This is why content neutrality is an essential feature of good free speech regulation.

In the larger scheme of political democracy, consider the damaging effects of the law. State employees become especially vulnerable in the exercise of their right to free speech since they are easily restrained by their employer -state having great control over their conduct. The result is that a significant part of the population is prohibited from taking part in free political deliberation and engagement. Therefore, the state action of restraining free speech of its employees is constitutionally impermissible.