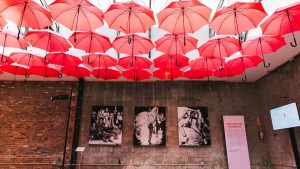 The Sex-Workers’ Pop up; Image only for representation purpose; courtesy; Issac Garcia

The Immoral Traffic Prevention Act, 1956 (ITPA) has been a major hindrance to sex-workers’ because it paved way for the state to criminalize sex-work. The ITPA’s objective is to curtail trafficking and prostitution but it works with the presumption that every sex-work is a form of sexual exploitation/abuse. The Bombay High Court (HC) in Kajal Mukesh Singh v State of Maharashtra (2020) while interpreting the Act held that sex-work was a fundamental right under Article 19(1)(g) of the Constitution. Many have hailed this judgement for championing sex-workers’ rights, but a closer look reveals that the judgement has double-backed on its interpretation.

The HC was adjudicating an appeal in Kajal Mukesh, where three Bedia (traditionally sex-working/dancing caste) women were ‘rescued’ in Mumbai. The Addl. Sessions Judge looked at the caste of these women and presumed sexual exploitation from their parents. It held that sending them back to their parents shall be ‘unsafe’ and used Section 17 of the ITPA to send them to a remand home. The appeal was based on this order.

The HC failed to ascertain the reasonability of these restrictions. It brings sex-work (a fundamental right) and commercial sexual exploitation (a crime) on the same footing. Restrictions on a fundamental right cannot be the same as measures used to prevent a crime. E.g., Section 8 of the ITPA criminalizes seduction for the purpose of ‘prostitution’. Due to the interpretation by the HC, carceral provision on seduction for sexual exploitation and reasonable restrictions on seduction for voluntary sex-work are the same. This interpretation is a back door entry for the criminalization of sex work, which as the HC interprets, is not within the scope of the Act.

Sex-workers cannot ascertain their ownership over their work if the state imposes sexual morality under the guise of ‘reasonable restrictions’. It is time that barriers are removed that prevent sex-workers from ascertaining who they are: workers who have a right to work.