Provisions of the POA Act Diluted, This Time by the Courts 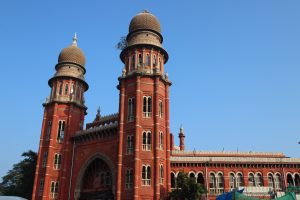 In the implementation of the Scheduled Castes and Scheduled Tribes Prevention of Atrocities Act 1989, the executive has in many cases not adhered to the text and spirit of the legislation. However, it appears that Courts are going in this direction as well – all in the name of COVI-19.

The accused had filed a Criminal Original Petition under Section 482, Criminal Code of Procedure 1973, praying for the Court to direct the District Sessions Judge, Cuddalore to consider the accused’s bail application.

The High Court pointed out that Section 18 of the POA Act bars the granting of anticipatory bail and Section 15A  ensures fair trial for the victim. Still, it went on to hold that:-

“However, considering the prevailing pandemic conditions and the fact that calling the victim to the Court during the lockdown period may be detrimental to his health, notice to the victim for the present is dispensed with.”

By holding so, the Court failed to note that Section 15A has been inserted by an Amendment Act 2016 to safeguard the rights of the victims and witnesses who were part of an act of atrocity.

Section 15A (3) of the POA particularly mandates timely notice to the victim of atrocities in all court proceedings. This should include the petition filed under Section 482 of the CRPC as well. Therefore, the Hon’ble High Court should not have entertained the Criminal Original Petition at all in the first place since the victim has not been made a party in the said petition.

A pandemic can’t be a pretext to abnegate a special law enacted by Parliament. The Court does not have the authority to undermine parliament by limiting the scope of the parliament enacted law albeit temporarily citing the danger to the victim in the context of COVID-19. Especially during a time when courts all over Tamil Nadu are conducting hearings via video conferencing.

Also, if physical hearings have to be conducted, and the Court is really worried about the health of the victim, then the Court can at least allow for the victim’s lawyer to present in the Court with the victim joining the proceedings via video conferencing. Denying the victim the opportunity to present his/her arguments as a whole is arbitrary and against the procedure established by law.

The Hon’ble High Court’s actions, in this case, have diluted the POA and may jeopardize the security of victims of atrocities. This may pave way for the rise in the incidences of atrocity against the vulnerable SC/ST persons in the states like Tamil Nadu, where more than 30 incidences of atrocity have been reported in the last one and half a months even during COVID-19 lockdown.