Protecting the Rights of Victims & Witnesses in Caste-Based Atrocities 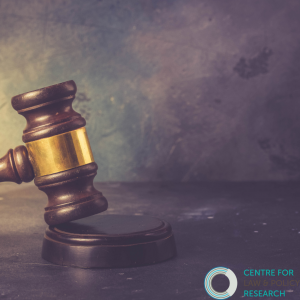 Scheduled Caste and Scheduled Tribe persons (SC/STs), who comprise 28% of India’s population, have faced discrimination in Indian society, socially and economically, for hundreds of years. Due to their weak social and economic background, they often lack the resources to navigate India’s legal system and fight for their constitutional rights.

Problems faced by the victims of atrocities

Those who do come forward to file a case, have to face obstacles from corrupt police officials who quite often record wrong information that is different from what the victims and witnesses communicated to them. Even in normal circumstances, police officials are reluctant to file FIRs upon receiving complaints/information about a crime. In such a scenario, it is even tougher for the victims of atrocities to get an FIR registered.

It is often seen that when victims of atrocity approach the legal system, the perpetrators of the atrocity file counter cases, pressing false and frivolous charges, against the victim. The victims are forced into a compromise deal and the atrocity case is then withdrawn. This explains the low conviction in atrocity cases.

Taking into account this harsh reality, Parliament has rightly inserted Section 15A in the SC/ST (Prevention of Atrocities) Act, 1989 in 2016, which has unique provisions to safeguard the rights of victims of atrocities and witnesses to ensure justice. It makes sure that the victims of atrocity are treated with fairness, respect and dignity and also takes care of any special needs required on account of the victim’s age, gender, education or income.

To address the economic barriers in accessing justice, the Section provides immediate cash relief, travelling and maintenance expenses to victims during the investigation, inquiry and trial. Further, the victim and witnesses in atrocity cases are also entitled to police protection and adequate briefing about the status of the investigation.

In addition to the above-said provision, Section 3(1) (p), of the Prevention of Atrocities Amendment Act, 2015 protects the victims of atrocity against false cases filed by the perpetrators and similarly, Section 4 holds public servants including police officers accountable if they fail to perform their duties under the Act.

Now the real challenge lies in protecting the rights of victims and witnesses as per the SC/ST Prevention of Atrocities Act and its rules. The legislative framework exists, but the executive, police, and civil society have to take steps to ensure that the relevant legal provisions are implemented effectively to ensure that victims and witnesses involved in atrocities receive justice and equity.