Prof. Moog’s Talk on Consumer Courts and Access to Justice

On 5th of June, 2013, Robert Moog  presented a paper titled “India’s Consumer Forums: Access and Justice for a Reasonable Price?” at CLPR.

He began by outlining the empirical vacuum that impedes on understanding of the Indian legal system. Surprisingly, we are able to access more data on disputes in the Consumer Court system than the District Court system in India.

His analysis shows that on an average, the complainants won 64% of the cases with a lawyer and 65% without one. The presence or absence of lawyers does not alter the outcomes of the case significantly.

Further, the rate of disposal of cases within a year is 84%. Relatively, the rate is much faster in the absence of a lawyer, i.e. 67% within 6 months and 18% with a lawyer.

While his research on access to justice was not yet completed, early analysis suggests that a significant majority of cases were affirmed on Appeal which suggests that justice was being achieved in the Consumer Courts for the middle class litigants.

One aspect of the discussion that followed deserves particular mention; Prof. Moog noted the emergence of a nascent tort law negligence jurisdiction in some Consumer Courts in the districts of Gulbarga and that of Haryana.

Some of his other works can be accessed here. 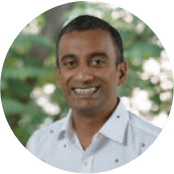