The Centre for Law and Policy Research and Child Rights Trust hosted a press conference at the Press Club, Bangalore on 13th October 2017. The Press Conference sought to spread awareness about the decision of the Hon’ble Supreme Court in Independent Thought v. Union of India and the implications of this decision. 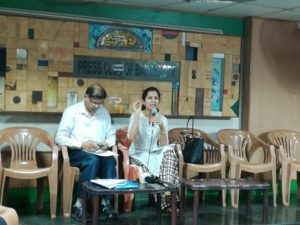 The Hon’ble Supreme Court of India, on 11th October 2017, delivered its verdict on the issue of marital rape in cases of child marriages and has held that the Exception in the Indian Penal Code, 1860 that exempts husbands from prosecution under the rape law cannot hold in cases where the wife is between the ages of 15-18 years.  Exception 2 to Section 375 of the IPC reads that“Sexual intercourse by a man with his own wife, the wife not being below 15 years of age, is not rape.” Significantly, under Section 6 of the Protection of Children from Sexual Offences Act, 2012 (POCSO) a man may be charged with aggravated penetrative sexual assault of his wife where the latter is below the age of 18 and aggravated sexual assault has been defined in the same manner as rape under Section 375 of the IPC.

A Bench of Hon’ble Justices Madan B Lokur and Deepak Gupta has held that the exception in the IPC is arbitrary and discriminatory, for it creates an artificial distinction between married and unmarried girl children and is further contradictory to the provisions of the POCSO Act and the law on the age of consent which has been laid down to be 18 by the Legislature.  The decision of the Supreme Court to read the Exception to state that “Sexual intercourse by a man with his own wife, the wife not being below 18 years of age, is not rape.” is an attempt to bring the laws on the age of consent in conformity and strengthen the law against child marriages in India.

The Prohibition of Child Marriage Act, 2006 was enacted with the aim of eliminating the social evil of early and forced marriages and protecting the rights of the child who may fall victim to the practice of child marriage by declaring such marriages where either party is a child, i.e., a boy below the age of 21 or a girl below the age of 18, voidable in law. The Karnataka State Amendment Act brought into force in April 2017 has further declared such marriages to be void ab initio in law in order to eliminate the practice. The Supreme Court has noted the developments in the law against child marriages in Karnataka and suggested the amendments adopted by the State be a model for other states to combat the increasing incidences of the social evil. 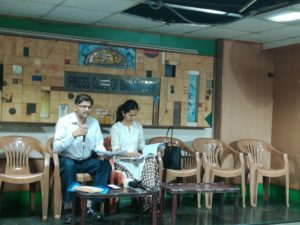