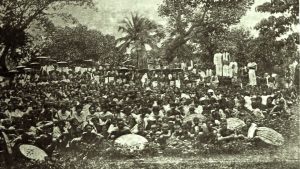 20 August 2021 marked the centenary of the Moplah rebellion (or Malabar rebellion). The rebellion is considered a divisive event in the history of Hindu-Muslim relations in India and has been a subject of academic and popular controversy. The recent recommendation of the Indian Council of Historical Research to remove the names of participants in the rebellion from a book on martyrs of India’s freedom struggle has rekindled discussions on this event. The rebellion is popularly understood as a religious movement. This post emphasises on the socio-economic causes.

The historical agrarian framework in the Malabar region prior to British intervention was joint land ownership. Different communities held varied rights in the property based on their socio-economic status. The primary stakeholders were-Janmis (landlords), Kanakkaran (mortgagees) and Verumpatakkaran (simple tenants-at-will). The Verumpatakkarans leased land from the Janmis directly or the Kanakkaran (intermediaries).

The Moplahs primarily belonged to the Verumpattakarans group along with Thiyyas (a lower caste community). The Moplahs gained larger control over land during the reign of Tipu Sultan. However, in 1792 when the British took control of the Malabar region, they reinstated the Hindu landlords as proprietors of land. During the 1800s, the distinction between the stakeholders became more rigid with the landlords getting a larger share in the proceeds and the right to evict tenants after 12 years. Landlords then began to evict tenants and charge high renewal fees.

This caused resentment amongst the peasants and the first revolt of the Moplahs took place in 1836. Investigations concluded that the rebellions were religious and they were termed as ‘outrages’. To curb these rebellions, two laws were passed -The Moplah Outrages Act and Moplah Warknives Act in 1855. These laws imposed fines and provided for the confiscation of the property of protestors.

However, in 1880 a second investigation by William Logan concluded that the revolts were due to the Janmi’s oppression of tenants.  He found that evictions had increased exponentially between 1860-1880. To address this issue, Logan suggested that laws should be introduced to secure land tenure and ensure payment of compensation after eviction.

This led to the enactment of the Malabar Compensation for Tenants Improvements Act, 1887 – which required landlords to pay compensation to tenants for the improvements made on the land. However, the weak implementation of this Act and its successor (1900 Act) did not improve peasants’ conditions. In 1915, Innes – Collector of Malabar observed that there was a need for strong legislation to address other serious concerns such as security of tenure, rent-racking, high renewal fees and social tyranny. But the British government did not take any action.

Only in 1920, the tenancy issue was included within the larger nationalist movement. The fifth Malabar District Congress Committee conference held at Manjeri in 1920 adopted resolutions on non-cooperation and tenancy reform. The merging of the Khilafat cause and tenancy reform with the non-cooperation movement pushed the Moplahs to join. Many Moplahs resigned from official posts, dropped British titles and boycotted courts and schools.

In August 1921, the Moplah rebellion became violent after rumours, that the British officials had raided a mosque in Thirurangadi, spread. This violence led to large scale arrests and torture of Moplah leaders in British prisons. Many parties reacted to the violence in different ways. Some claimed the rebellion was not religious and some others blamed British provocation for the violence. The Congress party categorically stated that the non-cooperation movement was not responsible for the outbreak and blamed British atrocities.

Some studies, instead of merely citing an agrarian cause for the rebellion, state that the Moplahs were mobilised to protest the larger threat to Islam, because the tenancy reform question got linked to the Khilafat movement. Indeed, the Moplah rebellion did have a religious undertone, however it is important to appreciate that agrarian landholding patterns was a key factor that led to the rebellion. 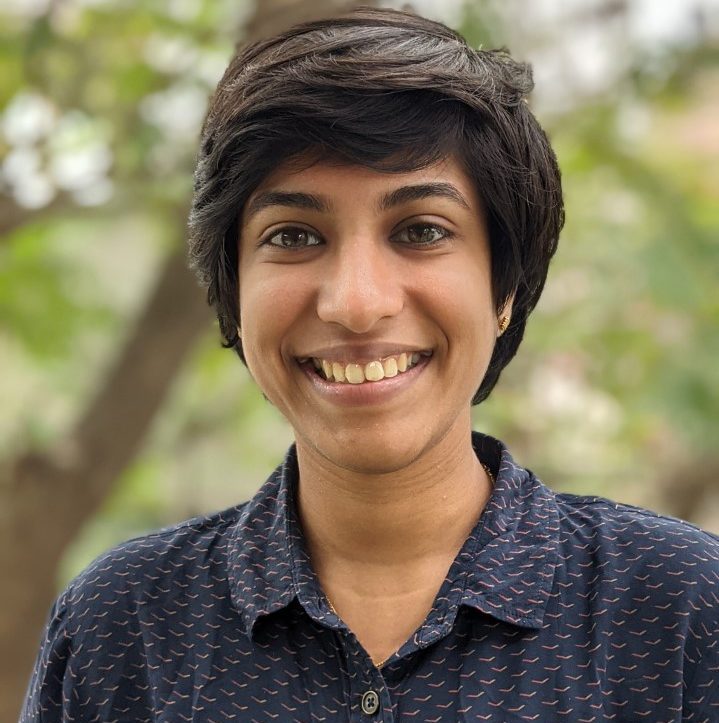