Mitigating against the Death Penalty 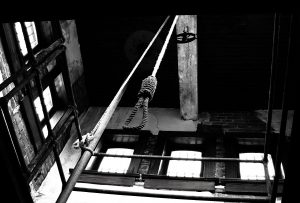 Last month, on 20 March 2020, the State hung four of the accused in the Nirbhaya rape case. These are the first executions in India in roughly five years. Prior to this, the State had only executed four persons in the past two decades. This despite the fact that trial courts have sentenced to death an average of 121 persons per year between 2000 and 2018, according to Project 39A. Why such a discrepancy? Among other things, a majority of death sentences are overturned by the appellate courts.

The Supreme Court has set the bar very high for awarding the death sentence. As established in Bachan Singh v. the State of Punjab, the State must show that a crime falls into the ‘rarest of the rare’ category, for it to justify a death sentence.

Since what constitutes the rarest of the rare depends on the facts of each case, the Supreme Court is continuously developing its jurisprudence on the death penalty. Just last year, in 2019, the Court developed important new guidelines for death penalty cases in Accused ‘X’ v. the State of Maharashtra and Anokhilal v. State of Madhya Pradesh. Both were established by three-judge benches.

In Accused ‘X’, the Court was deciding whether to overturn a death sentence on the ground that the accused suffered from post-conviction mental illness. The accused had been found guilty of raping and murdering two young girls in 1999. After more than 15 years in prison, the Supreme Court recognized he had begun to suffer from mental illness while awaiting his execution.

Authoring a unanimous judgment in the review petition, Justice N.V. Ramana reasoned that for a court to sentence an accused to death, the accused must comprehend why they are receiving this sentence. He held that the accused’s mental disability prevented him from understanding his death sentence. To sentence him to death would be to violate Articles 20 and 21 of the Constitution, he concluded. To ensure that death sentences are only commuted in cases of severe mental disability, he issued guidelines on how courts should assess post-conviction mental illness.

In Anokhilal, the Court was grappling with whether the accused had adequate legal representation during his original trial. In 2013, the police filed charges against the accused of raping and murdering a 9-year old girl, under provisions of the IPC and POCSO Act. Since he couldn’t afford legal representation, the trial court assigned him an advocated via the Legal Aid Services. However, on the day charges were framed against him, his advocate never showed up and was replaced at the last minute.

In a unanimous judgment, Justice U.U. Lalit held that the accused’s counsel lacked sufficient time to be able to represent him. He held this violated the accused’s right to a fair trial, an integral part of Article 21 of the Constitution. He remitted the case back to the trial court, being careful to offer no observations on the accused’s guilt or innocence. Reflecting on the need to prevent this from occurring again, he made instructions for ensuring that persons facing the death penalty receive adequate legal aid.

Both these judgments set out important guidelines for ensuring that no person is unjustly sentenced to death. It remains to be seen what effect they will have on death sentencing moving forward. While Accused ‘X’ is likely to result in more commutations, Anokhilal may have the opposite effect. Ensuring adequate legal representation at the trial court stage could result in more well-reasoned judgments, which are in turn less likely to be overturned at the appellate stage.