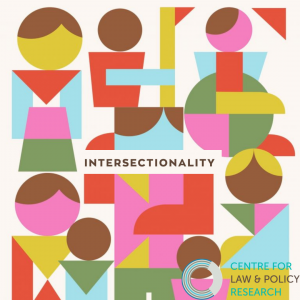 On April 27, 2021, a two-judge bench headed by Justice DY Chandrachud, rendered a judgement in a criminal appeal against the judgment of Andhra Pradesh HC. The case was about the rape of a visually challenged girl belonging to the Scheduled Caste. The High Court had confirmed the conviction of the appellant under Section 3(2)(v) of the SC/ST Atrocities Act, 1989 “the Act” as well as Section 376(1) of the Indian Penal Code, 1860.

The Supreme Court affirmed the conviction of the appellant for rape of the visually challenged girl belonging to the Scheduled Caste under Section 376(1). (para 73) However, it considered that since there was no evidence to conclude that the victim was raped on the ground of being Scheduled Caste (as required by the causation standard), the conviction under section 3(2)(v). It nevertheless considered her caste status as a relevant ground for sustaining the life sentence granted to the accused under section 376(1) by the Sessions Court holding thus:

But the fact that PW2 belonged to a Scheduled Caste is not a factor which is extraneous to the sentencing process for an offence under Section 376. The appellant was 27 years old, a mature individual who was working as a coolie together with the brothers of PW2 for a couple of years. The nature and gravity of the offence in the present case is serious in itself and it is compounded by the position of PW2 who was a visually disabled woman. A heinous offence has been committed on a woman belonging to a Scheduled Caste. The imposition of… the sentence cannot be faulted. (para 72)

Beyond the outcome of this criminal appeal, the case is significant for the emphasis on intersectionality in its reasoning. It notes in para 12 that it is “imperative to use an intersectional lens to evaluate how multiple sources of oppression operate cumulatively to produce a specific experience of subordination for a blind Scheduled Caste woman”. The Court is not only sensitive towards the intersectional social location of the victim of the crime but is also positing it as a relevant consideration in various factual and legal determinations under the criminal trial. It reads the intersectional analysis of sexual subordination of women from SC/ST communities into the statutory framework of the amendments to Section 3(2)(v) of the Act. Noting the parliamentary report on caste atrocities against women, it appreciates the intent behind the amendment of the causation requirement to knowledge requirement under Section 3(2)(v) of the Act.

However, as we have noted, one of the ways in which offences against SC & ST women fall through the cracks is due to the evidentiary burden that becomes almost impossible to meet in cases of intersectional oppression. This is especially the case when courts tend to read the requirement of “on the ground” under Section 3(2)(v) as “only on the ground of”. The current regime under the SC & ST Act, post the amendment, has facilitated the conduct of an intersectional analysis under the Act by replacing the causation requirement under Section 3(2)(v) of the Act with a knowledge requirement making the regime sensitive to the kind of evidence that is likely to be generated in cases such as these. (para 60)[i]

The comments on the evidentiary burden go hand-in-hand with an application of intersectional theory and how it fails those who are located at the intersection of many marginalized identities.

To deny the protection of Section 3 (2) (v) on the premise that the crime was not committed against an SC & ST person solely on the ground of their caste identity is to deny how social inequalities function in a cumulative fashion. It is to render the experiences of the most marginalized invisible. It is to grant impunity to perpetrators who on account of their privileged social status feel entitled to commit atrocities against socially and economically vulnerable communities. A true reading of Section 3(2)(v) would entail that conviction under this provision can be sustained as long as caste identity is one of the grounds for the occurrence of the offence. (para 55)

Justice Chandrachud goes on to cite Kimberle Crenshaw’s enunciation of the intersectional nature of gender violence, where she states that: “[t]he singular focus on rape as a manifestation of male power over female sexuality tends to eclipse the use of rape as a weapon of racial terror.” (para 13) Justice Chandrachud also comments on how the approach to legal protection for marginalized groups has almost always been dominated by a focus on a single axis of oppression – either gender or caste or disability. This finding is important because the outcome is that these single-axis statutes only actually benefit those who are relatively more privileged within such marginalized groups.

For example, taking the sexual harassment laws of our country –the genesis of the Vishaka guidelines and the subsequent POSH Act (Prevention of Sexual Harassment at the Workplace Act) was the gang rape of Bhanwari Devi in Rajasthan. She was a woman belonging to the Kumhar caste, and was a part of the Women’s Development Project, campaigning against child marriage in the village. Men of the Gujjar caste, deemed to be superior to Kumhar, sexually assaulted her for transgressing the caste-based mores of the village which supported child marriage. An NGO ‘Vishaka’ filed a PIL in the Supreme Court after this incident demanding guidelines to prevent sexual harassment of women at the workplace. The guidelines issued by the Court, however, apply to government and private employment and not applicable to informal employment.

This would mean that mostly savarna women, who work in formal employment, would be able to reap the benefits of the guidelines. Those women working in informal employment, the unorganized sector and carrying out domestic labour – who are mostly Dalit/Adivasi, minorities,  women – would not even have been included within the scope of those guidelines. Therefore, when the focus on some form of oppression is only on a single axis (gender), the resultant legislation or measure would simply not benefit those who are not privileged within that community (Dalit women, women in the informal sector). This was acknowledged in the Justice J S Verma Committee as well when they sought to make amendments to the IPC in 2013.

Anita Ghai writes about how women with disabilities are seen as a burden to their families. They are routinely treated as asexual but also seen as ‘easy targets’ for sexual assault by perpetrators. Many times, there is abuse within intimate relationships, by caretakers, or by other members of the family as well. This abuse compounds disabled women with socioeconomic disadvantage and from Dalit / Adivasi communities, due to a lack of access to resources – social, legal as well as economic – to respond to or even open up about their sexual assault. Laws do not encompass and adequately account for the oppression faced by those located at the intersections of these axes.

As Kimberle Crenshaw would say, imagine a building with two floors. In the basement, those disadvantaged by an array of factors – class, caste, gender, disability, religion, etc – are standing on the floor,  those disadvantaged by fewer factors stand on their shoulders, and those who are disadvantaged only on a single axis are almost able to touch the ceiling of the room. The current model of legislation right now deals with a single-axis approach, wherein only those who can reach the ceiling would be let into the floor above – the floor of legal protection. However, the approach that we truly need and which has found some semblance of acceptance in this current judgement is a bottom-up approach. We need to design legislations to protect those who may be located at the intersections of multiple axes and therefore face very specific kinds of oppression. We must account for such persons, such that the laws cover all the persons who are currently standing on the floor of the basement. This could be done by incorporating one reading of S.3(2)(v) mentioned by J. Chandrachud.

“A true reading of Section 3(2)(v) would entail that conviction under this provision can be sustained as long as caste identity is one of the grounds for the occurrence of the offence.”

This blog post is co-authored by Jwalika Balaji and Prannv Dhawan. They are currently pursuing law at the National Law School of India University (NLSIU). They are grateful to Jayna Kothari and Vikram Aditya Sahai for introducing them to intersectionality law and practice in the Indian context

[i] Section 3(2)(v) was amended in 2016 and it states, “(2) Whoever, not being a member of a Scheduled Caste or a Scheduled Tribe, (v) commits any offence under the Indian Penal Code (45 of 1860) punishable with imprisonment for a term of ten years or more against a person or property [knowing that such person is a member of a Scheduled Caste or Scheduled Tribe or such property belongs to such member] shall be punishable with imprisonment for life and with fine”.