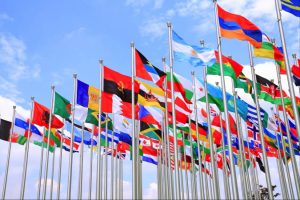 India has enacted several legislations due to its international commitments. The Rights of Persons with Disabilities Act 2016 was enacted to comply with the United Nations Convention on the Rights of Person with Disabilities. The Protection of Human Rights Act 1993 refers to human rights as outlined in the International Covenant on Civil and Political Rights (ICCPR) and the International Covenant on Economic, Social, and Cultural Rights (ICESCR). These treaties, signed and ratified by India, signify her commitment to the internationally accepted values of equality and non-discrimination. In this post, we look at other international obligations to be fulfilled by India and how a single equality law can help achieve that.

Many of the protected grounds in both ICCPR and ICESCR such as religion, language and political opinion do not have legal protections in India against discrimination. On the other hand, the International Convention on The Elimination of All Forms of Racial Discrimination (CERD), ratified by India, has included caste on the basis of descent since 2002.  The Committee on Elimination of Racial Discrimination in its 2007 Concluding Observations urged India to take more effective measures to tackle segregation and denial of equal access to healthcare and education to Dalits and Adivasis which persist despite the implementation of Scheduled Castes and the Scheduled Tribes (Prevention of Atrocities) Act 1989.

Currently, discrimination on the grounds of religion, gender identity and sexual orientation fall either under Section 153 A of the Indian Penal Code as criminal offences or under Articles 14 and 15 of the Constitution. The scattered protections do not effectively protect the marginalised against discrimination. With the COVID pandemic exacerbating the existing inequalities in the country, the emphasis by the Covenants on the need for enacting legislation to ensure equality is increasingly looking as the responsible approach.

Several existing anti-discrimination laws do not cover the private sphere. For instance, the RPWD 2016 does not extend to private employers. In the case of POA Act 1989, only 6 months ago, the Supreme Court read it down to not cover the acts carried out within the ‘four walls of a house’.

The UN Special Rapporteur to India on Adequate Housing in 2016 detailed how landlords and developers discriminate against Muslims, Dalits, Adivasis, single women, people with disabilities and HIV/AIDS etc in renting out accommodation. She underlined that ‘under international human rights law, there is an obligation by Government authorities to ensure protection from discrimination by private actors’ and recommended the enactment of legislation to curb all forms of housing discrimination against any individual or groups, especially religious and ethnic minorities, women, Dalits and migrants, both for rental and house ownership. General Comment 20 of the ICESCR states that ‘parties must adopt measures, which should include legislation, to ensure that individuals and entities in the private sphere do not discriminate on prohibited grounds.’

The Equality (Prohibition of Discrimination) Bill 2021, drafted by CLPR, is an overarching civil equality law which covers 27 protected characteristics, including religion, language, sexual orientation, gender identity among others. It extends coverage of sites of discrimination to the private spheres of employment, housing, healthcare and education apart from the market and public spaces. Finally, it provides to establish a Training Fund that will be used to sensitise the police, prosecutors and the judiciary in the fields of equality and non-discrimination. With the enactment of such a Bill, India will be fulfilling many of her international obligations towards ensuring equality and will join the countries like the United Kingdom, South Africa and Australia in enacting single equality legislation that effectively protects the most marginalised.