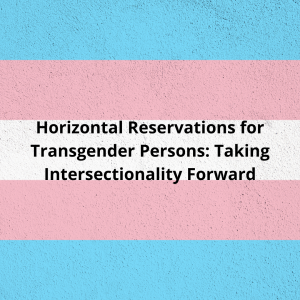 The Karnataka State Government has become the first state to provide 1% reservation for transgender persons in employment for civil services posts across caste categories. On August 18th 2021, the Karnataka High Court also ordered the Government to consider issuing an advisory to all state public corporations and statutory bodies to also make provisions for similar reservations.

This was the result of an intervention filed by Jeeva, an organization working on the rights of transgender persons and sexual minorities in Sangama v. State of Karnataka. The litigation began with a challenge to a notification for recruitment to the State Police which called for filling up of posts from men and women, and did not have a ‘transgender’ category. During this litigation, the State Government expressed that they were in the process of providing reservations to transgender persons in the Other Backward Classes (OBC) category. Jeeva’s intervention asked to provide for horizontal reservations across castes instead. The State Government then promulgated an amendment providing horizontal reservations. 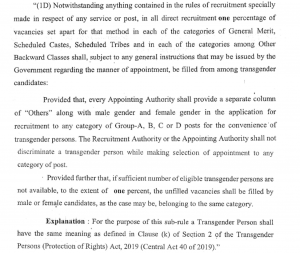 Horizontal reservations would cut across all caste categories. It would provide for separate reservations within each vertical SC/ST/OBC/General category. So, 1% of ST, SC, OBC, and General Merit seats each would be reserved for transgender persons. Currently, reservation for women and persons with disabilities works in this manner.

Activists such as Grace Banu and Living Smile Vidya have highlighted that the transgender community has caste divisions within; for example, a transgender person could also be Dalit. This raises the need for reservations to recognise this intersectional and multiple marginalisation, and provide for reservation that cuts across caste categories. Horizontal reservation ensures this need is recognised.

This legal victory is  a significant step in the right direction for the transgender community. However, the notification has not amended other parts of the Rules which provide for relaxations in the age limit, fees and physical standards which other reserved categories have provisions for. For transgender persons to have a fair chance at competing, these relaxations must also be extended. Reservations also need to be extended to all kinds of public employment, as well as in education, local elections and government welfare schemes, as they are for other categories provided with reservation.

There is an urgent need for other states to follow. A progressive central law would allow for a uniform policy. 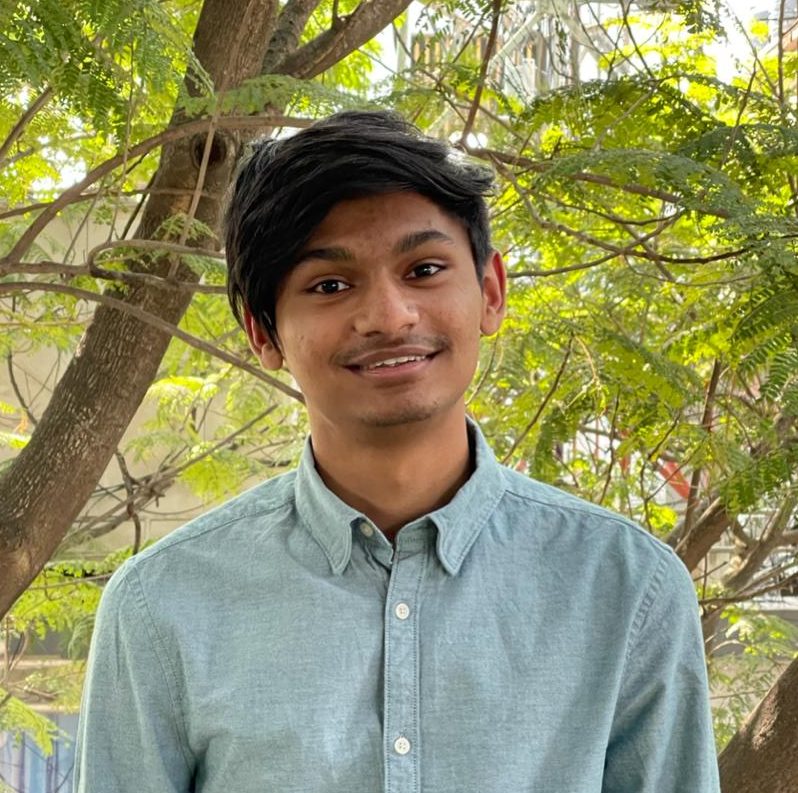