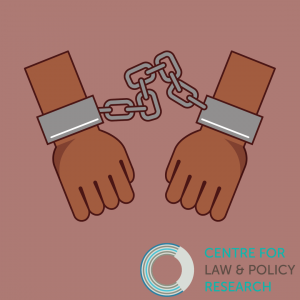 The monsoon session of parliament is likely to witness the tabling of the Trafficking in Persons (Prevention, Care and Rehabilitation) Bill, 2021 which proposes a common statute that would bring into its ambit all forms of human trafficking including sexual exploitation, indentured labour, slavery, sexual servitude and organ trade. Despite the new Bill expanding the scope and territorial jurisdiction of offences, provisions of the new Bill remain worrisome especially to sex workers in India.

Article 23 of the Constitution of India, under the Constitution’s Rights Against Exploitation chapter, explicitly prohibits and criminalizes all kinds and forms of human trafficking and forced labour.  Further, Section 366 A, 366B, 372 and 373 of Indian Penal Code comprise the statutory provisions related to trafficking.

Notwithstanding these provisions, the National Crime Record Bureau reports 2260 official cases in 2019. The pandemic has resulted in a steep increase of trafficking cases in India involving commercial sexual exploitation and domestic servitude of children and women. As a response, the Ministry of Home Affairs issued a direction to the governments of all States and Union Territories to establish Anti-Human trafficking Units (AHTU’s) with special police officers to tackle the problem. However, a recent report shows that 16 States had the AHTU’s  on paper and only 27% of them are functional in 2021.

The Immoral Traffic (Prevention) Act, 1956 (ITPA) conflates human trafficking with prostitution dispossessing consenting adult sex workers’ rights and concerns. The ITPA has been a tool to curb visible prostitution incarcerating the offending woman, curbing her freedom and denying her agency. It has no provisions for rehabilitation, compensation and access to health facilities for rescued women. The Bombay High Court in a judgment in September 2020 reiterated that prostitution is not an offence and an adult woman has a right to choose her vocation. It also observed that there is no provision under the law that makes prostitution per se a criminal offence. There have been multiple calls for the repeal of the ITPA in the last two decades on the grounds of its constitutional validity and it is time that this archaic statute is rescinded.

What the New Bills Says

The Bill’s objective is to prevent and counter trafficking and to provide care and protection to victims by expanding the territorial jurisdiction of offences with cross-border implications. The definition of “victim” has been widened to include transgender persons, besides women and children.  The Bill mandates the setting up of a National Anti-Trafficking Committee and State and District level committees. It also provides for rehabilitation measures which are absent under Section 370 IPC. It also imposes economic sanctions by invoking the Prevention of Money Laundering Act and also proposes the death penalty for aggravated offences.

The Bill does not clarify the applicability of the already existing laws on forced labour and sexual exploitation leading to confusion and overlapping. The Bill does not have provision for “rescue protocols” which are pivotal in cases of trafficking. Instead, the investigating officer is vested with discretionary powers to act on a case if he/she has reason to believe there is a case of trafficking making the role of the current AHTU’s obscure in rescue and post-rescue operations.

With an aim of putting an end to cross-border trafficking, the Bill has vested powers on the National Intelligence agency to tackle offences. However, such additions increase the burden on National Investigation Agency. The Bill is silent on the specific roles of NIA as compared to jurisdictional police in cases of rescue operations. These shortcomings in the Bill are symptomatic of the lack of any public consultation. Civil society organizations allege that the time given for public consultation is too less (2 weeks) given the fact that the draft Bill is available only in English; the bill needs to be translated in order to be discussed with all stakeholders.

Need for Systemic Change and Sensitization.

The effective functioning of the criminal justice system is the key to curb the menace of trafficking. Filling up vacancies, assigning special units and prosecutors are pivotal to increase conviction rates. The number of women in the Indian Police force is a meagre 10% – more women must be recruited. Most importantly, the police force needs to be sensitised to deal with the cases of trafficking. The Act must address and redress the concerns of the marginalised, especially the sex workers of India.

This blog is authored by Vasanth Adithya, founder of Kreetam Law Associates. He is a practicing advocate at the High Court of Karnataka, and author of ‘Conceptual foundations of Competition law in India’