Constitutions and the Military: A Tale of Two Republics 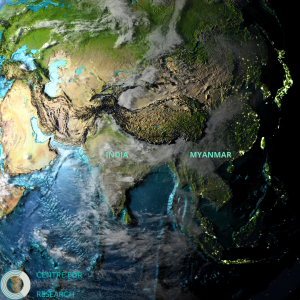 On 1 February 2021, the Commander-in-Chief of the armed forces, Senior General Min Aung took control of the sovereign powers of the Myanmar state. A statement was released by the military declaring a state of emergency under the Myanmar Constitution on grounds that the sovereignty of the nation has been threatened due to fraud in the general elections held in 2020. One might wonder, how does the military take control in an emergency?

After witnessing the failure of two constitutions and years of negotiations, the Constitution of the Republic of the Union of Myanmar (2008) was adopted through a referendum on 10 May 2008. This 2008 Constitution, deviating from its predecessors entrenched the strong role of the military in the governance of the State even during periods of emergency.

Under Section 417 of the 2008 Constitution, the President can proclaim an emergency for a period of one year (subject to extensions) after coordinating with the National Defence and Security Council. Under Section 418(a), upon proclamation of the emergency, the President will transfer the legislative, executive and judicial powers of the Union of Myanmar to the Commander-in-Chief of the Defence Services.

In India, the President may proclaim an emergency in accordance with Article 352 (Constitution of India 1950) upon receiving a written communication approving the same from the Union Cabinet. Both houses of Parliament must ratify such a proclamation within one month or else such proclamation will cease to operate.

Deliberate political structures have been adopted to ring-fence the armed forces in India. The Indian Constitution framers ensured that civilian authority was superior to the armed forces by making the President, a non-military official, the Commander-in-Chief of the armed forces. However, in Myanmar, the army has been deliberately kept independent from the influence and control of the executive. Further, in Myanmar, the democratically elected legislature has no role in the declaration or continuation of an emergency.

South Asian history has witnessed many coups and the same can be attributed to weak political and constitutional safeguards. It’s likely that the choices made by our Constitution framers have clearly demarcated the roles of the military and civilian state apparatus in the Indian Republic: India has never witnessed anything close to a military coup.