ConQuest 2016 was organised between July and August 2016. 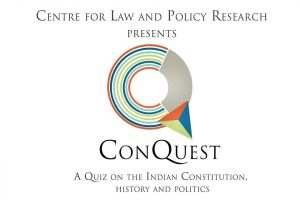 On 23rd July 2016, we held the South Regional Round in partnership with School of Law, Christ University.

We organised the East Regional Rounds at School of Law, KIIT University, Bhubaneswar on 06 August 2016.

Around 50 student teams participated in the Preliminary Rounds. Teams traveled from colleges in Orissa, Kolkata, Assam and other states. Teams from leading law schools NUJS, KIIT Law School, and NLU, Odisha competed with teams from other prominent non law Universities like College of Engineering and Technology, Bhubaneshwar.

We conducted the North Regional Round in collaboration with Indian Law Institute, New Delhi at International Society for International Law, Delhi on 20th August 2016.

Top two teams from each regional round made it to the National Finals:

On 20th August 2016, eight teams battled it out at the Indian Law Institute, New Delhi at International Society for International Law, Delhi.