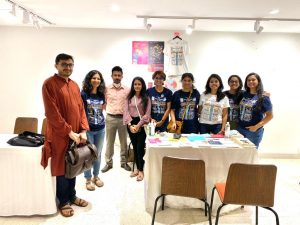 Centre for Law and Policy Research engaged with Bangaloreans at the BIC Hub’ba 2022 on 26-27th February from 12 pm to 6 pm. BIC Hub’ba was an event hosted by the Bangalore International Centre to bring together and showcase the work of local NGOs.

Over the course of two days, the CLPR team introduced people to our work using fun and thought-provoking games on gender equality, LGBTQ rights, and the legal framework for equality and non-discrimination. The event concluded with a quiz by the constitutionofindia.net Team titled, ‘Conquest: India’s Premier Quiz on the Indian Constitution, History and Politics.’ 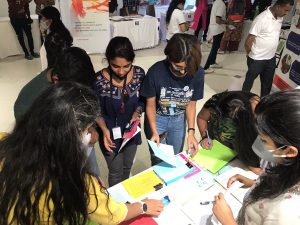 As the event began on Saturday morning, many visitors started to trickle in from the Vegan Market that was set up on the roof-top terrace. A huge number of visitors were interested in the work of NGOs in Bangalore. However, many were attracted to the CLPR desk where the Team had activities on the LGBTQ rights, laws on equality and words searches on the topics of gender identity, equality and non-discrimination. Every participant earned badges related to the Constitution makers for attempting the games. 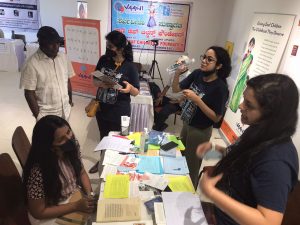 The games allowed the participants to reflect on their knowledge of these issues in a light-hearted manner and encouraged learning through explanations and discussions with the CLPR team. This also resulted in many engaging conversations between the team and the participants who expressed interest in contributing to the work being done by CLPR. We witnessed massive participation by a diverse crowd that comprised students, researchers, parents and children, lawyers, journalists, and many others. 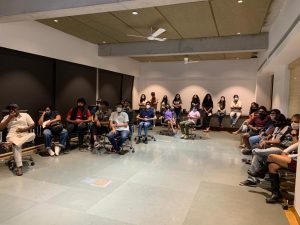 The CLPR desk also displayed informational brochures and pamphlets on our extensive work ranging from Constitutional culture, Trans Law Cell, child marriage, to gender equality, LGBTQ rights, intersectionality. We displayed the Preamble T-shirts and the CLPR tote bags for those interested in purchasing the items to support CLPR. The Preamble T-shirts were much loved and almost sold out by the end of the event. 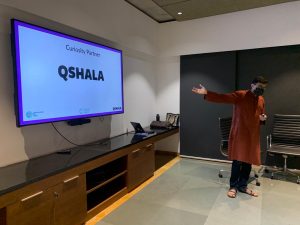 On the second day, the public interaction continued the games and activities. We concluded the day with a quiz on Constitutional Law from 6-7 PM, conducted by constitutionofindia.net and Qshala. The Quiz had questions, accompanied by pictorial representations, on the history, culture, and conversations behind the making of the Indian Constitution. The winners received our Preamble T-shirt and badges on the Constitution and its makers.

To conclude, the event was an excellent opportunity for CLPR to engage with the general public, raise awareness about our work and interact with fellow organisations working on similar issues. It connected us with individuals and organisations who felt deeply about our cause and about the issues and legal hurdles for marginalised communities. The event and the interactions also demonstrated the direct response of the general public to the work being done by CLPR. The interest generated through the event reaffirmed our stance to make the Constitution work for everyone. 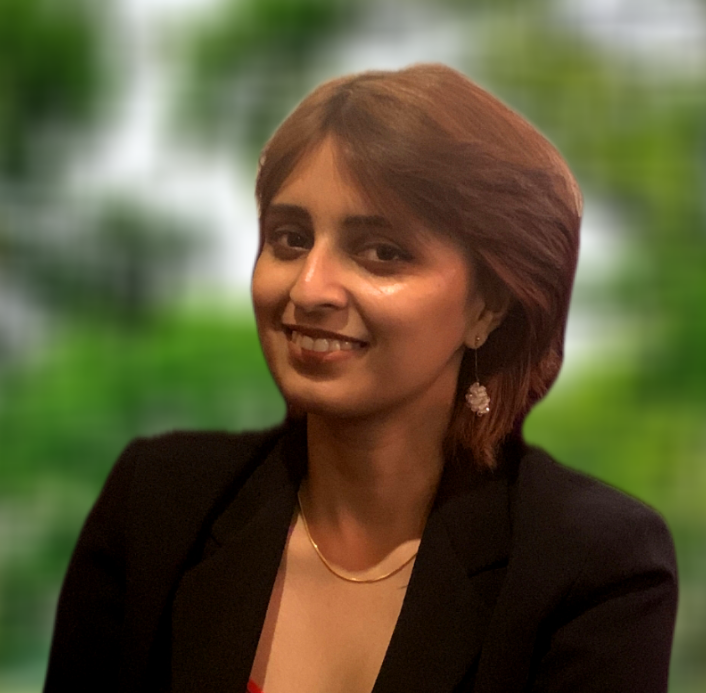